Here's the trailer for the new Coen Brothers movie, filmed in part in the East Village

As you may recall, the Coen Brothers shot parts of their next movie, "Inside Llyewn Davis," around the neighborhood last February and March. (See all of our posts and photos here.) 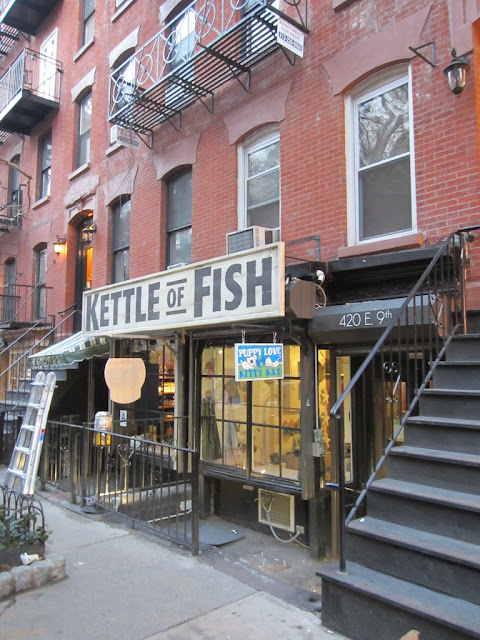 East Ninth Street between Avenue A and First Avenue was dressed up to recreate the Greenwich Village of the 1960s.

The movie follows a protagonist loosely based on singer Dave Van Ronk, a friend of Bob Dylan’s. Oscar Isaac stars as the title character while Justin Timberlake co-stars as another folk musician. Carey Mulligan and John Goodman are also in the film.

As Slate noted today, the film doesn't have a release date yet.

Email ThisBlogThis!Share to TwitterShare to FacebookShare to Pinterest
Labels: the Coen Brothers

It's rare that a trailer makes me want to see a movie *less*.

I like the topic, I like the Coen Bros. I am excited for this. I wont see it in the theaters, but Im still excited.

Yeah Anon 1:25, the Coen brothers are "hipster nonsense," whereas expressing your opinion through Liz Lemon gifs is sincere and intellectual.

They had me at the kitty riding the subway. Oh and Garrett Hedlund (hummina hummina)

Had a friend that lived upstairs from the Kettle, mid 70's. It wasn't a dive bar, it was his living room.

Ditto to what LvV said.