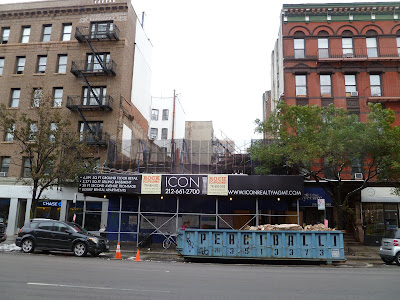 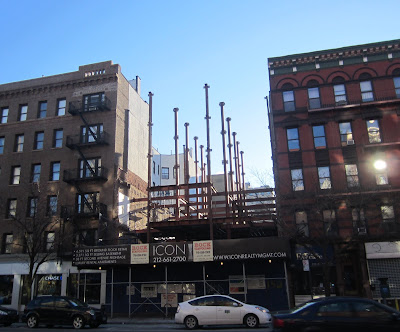 We had a brief update last week on 154 Second Ave., the former home of the Sigmund Schwartz Gramercy Park Chapel. We looked at the front of the incoming luxury residences with the arrival of some steel beams...

EVG reader Terry Howell now has a few observations from another vantage point... 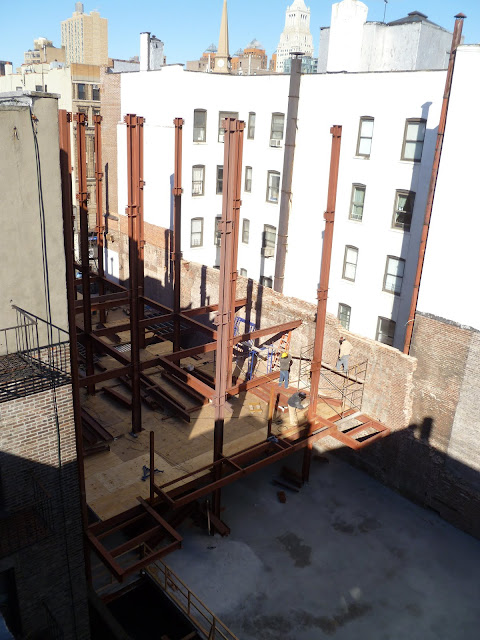 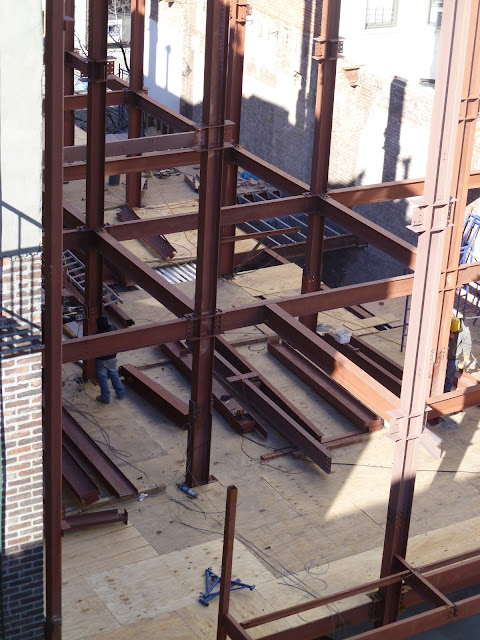 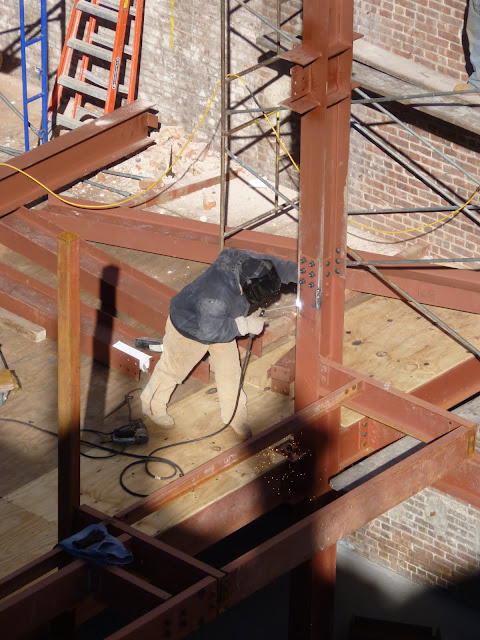 Terry notes that all this work seems to have been done by a crew of about six guys without the benefit of much major machinery. So it might be some time before we spot any listings for the new residences...

Previously on EV Grieve:
Former funeral home looks to double in size with help from 'the controversial penthouse king of the East Village'

The walls come tumbling down at 154 Second Avenue
Posted by Grieve at 6:00 AM