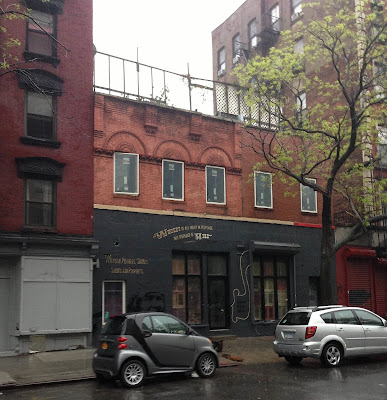 There were reports of an early-morning fire on East Second Street... from the official FDNY Twitter feed...

The address is part of the incoming Pride and Joy BBQ, where workers continue to renovate the space. The fire apparently started in the East Second Street side part of the complex (most recently home to Bento Burger) where Pride and Joy will operate a take-out/lunchtime cafe during the day and bar at night.

Hayne Suthon, who owns the building, is out of town at the moment. A neighbor told her that she spotted "flames on the roof and tons of trucks. There were at least 15 firefighters on the roof at one point."

The FDNY quickly extinguished the blaze. No word at the moment on injuries or extent of the fire.

Suthon told us via Facebook: "I don't think there's a lot of damage."

This blurry photo represents the only sign of a fire from the outside ... 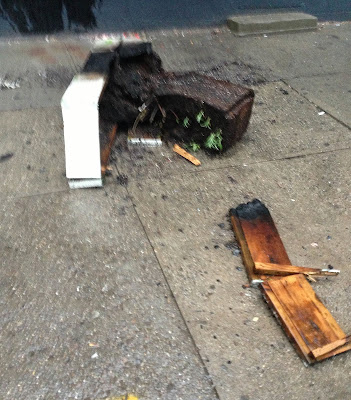 Maybe someone put out a cigarette into a planter that went up like kindling or someone threw a cigarette out their apartment window and it landed on the plant material (which happened to be dry)?