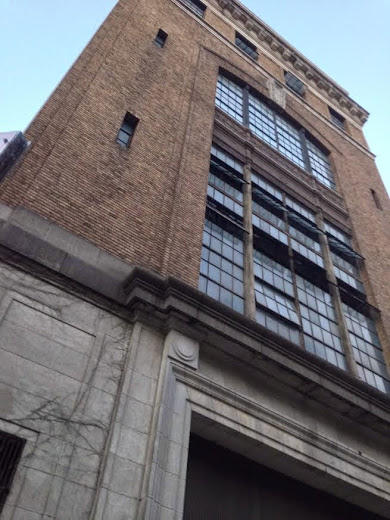 In May, a tipster told us that The Brant Foundation would use the building between First Avenue and Avenue A as an exhibition space.

While Brant's reps haven't released any further details on what he plans on doing with the address, work is underway on the building. Plans filed with the DOB Friday call for the rather generic "removal of interior non loading bearing partitions and related finishes."

Gluckman Mayner Architects are listed as the architects of record. Among their projects: the Georgia O'Keeffe Museum in Santa Fe, N.M., the Deutsche Guggenheim in Berlin, the renovation and expansion of the Whitney and the conversion of the Andy Warhol Museum in Pittsburgh.

Per artnet: "De Maria is best known for The Lightning Field (1977), 400 stainless steel poles planted in a one-by-one-mile grid in the New Mexican desert. The famously isolated piece can only be visited by six guests per day, each of whom must stay overnight in an isolated cabin."

The property, which includes the empty lot to the west, had been listed for $25 million. It was built in 1920 as a ConEd substation, but had been converted into a photography studio after De Maria bought it in 1980.

Good to hear that Brant bought it and will be putting the space to good use.

I am really looking forward to this. The Brant's have amassed a fabulous collection of contemporary and modern art. Plus I have always wanted to get a look inside this place. It sounds like they have hired interesting architects for the project too.

As upset as I was at being out bid for the place, I am happy it will not be filled with annoying suburban brats. Although the Brant boys are quite a handful....at least they are amusing to watch.

Thank goodness it will not be a hotel a la Bowery. I'm looking forward too.