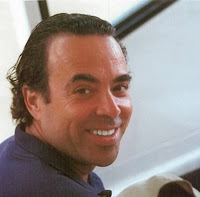 Through the years, tenants of rent-controlled apartments say that Michel Pimienta has threatened them with eviction or accused them of illegal sub-letting — "anything to get them out so the landlord can start collecting hefty market rate rent in gentrifying neighborhoods," the Daily News reported.

Fielding dozens of complaints from frightened tenants, Schneiderman last week got Pimienta to agree to pay a $40,000 fine and give up his "relocation" efforts.

“This agreement will help ensure that lawful tenants are not harassed or pressured into giving up their homes by an unlicensed and unscrupulous tenant relocater,” Schneiderman said.

The article doesn't mention which landlords hired Pimienta through the years.

He was well-known on the Lower East Side and in the East Village.

As far back as 2005, Pimienta was red-flagged by state regulators after harassing a tenant in the East Village by accusing him of running a brothel.

To settle that complaint, the tenants' landlord agreed to terminate Pimienta.

But he didn't go away.

"We're surprised at how brazen this guy is," said Brandon Kielbasa, tenant organizer with the nonprofit Cooper Square Committee.

The article notes that the AG's case against another tenant relocator, Steve Croman heavy Anthony Falconite, is pending.

Photo of Michel Pimienta via the Daily News
Posted by Grieve at 12:33 PM

Yup, that's the guy that came to our building on Saint Marks Place 3 years ago. The landlord referred to Mr. Pimienta in a notice as his freelance consultant. Is all he did was harass tenants to get them to leave.

now people can go to his home in Staten Island and harass him!

I applaud the Attorney General for going after Pimienta. His ruthless and strong-armed tactics are both illegal and disturbing. He's been pressuring tenants in buildings undergoing construction to accept buyout offers while continually representing that their living conditions are unsafe; ironically, he's actually being honest on the latter point - living conditions are unsafe! This is yet another example of the ways in which Samy Mahfar and his minions are pushing out rent-stabilized tenants to make way for their overpriced "luxury" apartments. Amazing that Mahfar's own hired gun is telling tenants that conditions in the building are unsafe!