Work permits arrive at the former Amato Opera on the Bowery 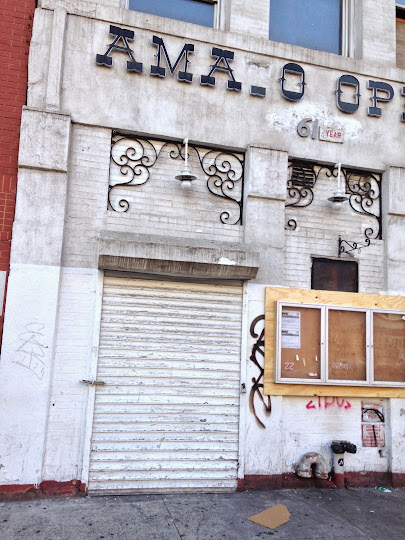 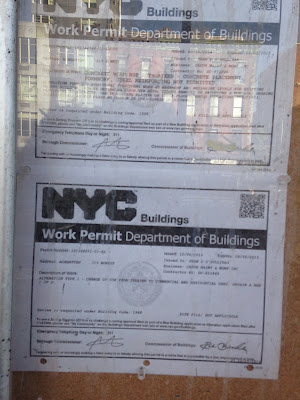 Landlord Steve Croman finally received DOB approval last month to convert the former theater between East First Street and East Second Street into a commercial and residential building. Documents show that there will be one residence on each floor above the retail space.

Amato Opera looks to be getting an encore as city OKs residential use
Posted by Grieve at 4:45 AM

WHAT??? How does Steve Croman get an okay for anything? He's a blight on an already blighted profession: Landlords! Isn't he under investigation? Maybe the DOB should have some kind of red flag for notorious landlords?

I came back to this article after scrolling down to read another post. This appeared in the past posts list, so I clicked and then stared at the pic.

It may be the glass of wine I'm enjoying, but I swear, as I looked at the photo (and realized I never noticed the iron scrollwork above the doors--too busy back then rushing to Amato to make voice lessons or rehearsals or hair/makeup/wardrobe/curtain!)

.... I could hear Tony (Amato) putting his hand on my shoulder now and saying: "We had a very good run. And you have some nice memories."

I know it's time to let go. Someone else had said so in another post, and that commenter got me thinking. I want to, but the mind is a funny thing!