A basement fire and a lot of firefighters last night on St. Mark's Place 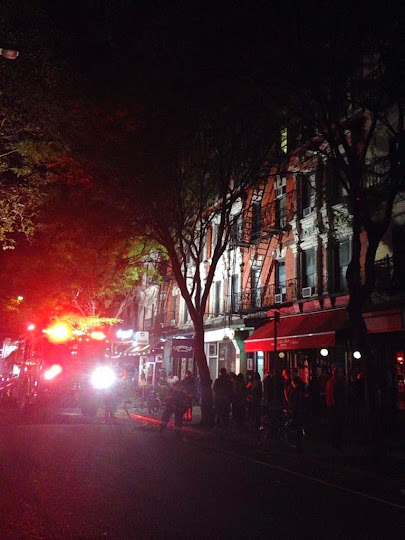 Last night just after 7, the FDNY showed up full force on St. Mark's Place between Avenue A and First Avenue … 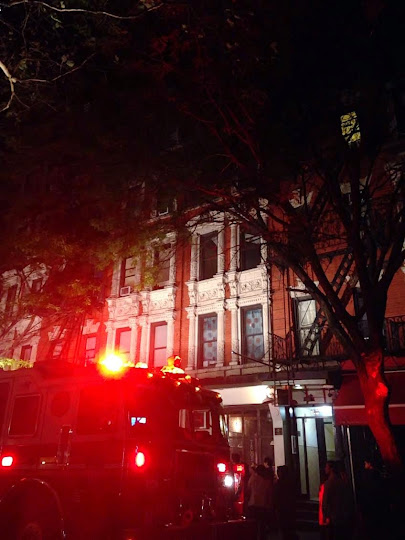 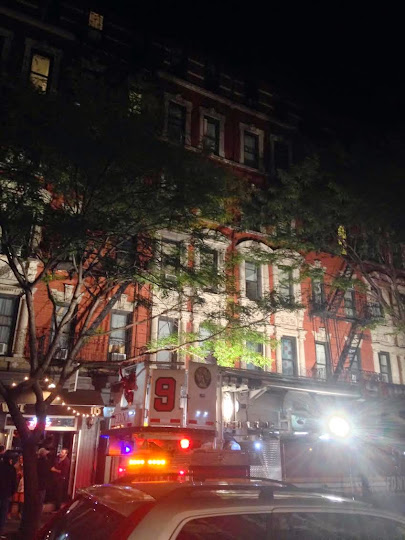 Greg Nardello, who runs Augers Well at 115 St. Mark's Place, believes that the fire was in the basement next door at No. 117. 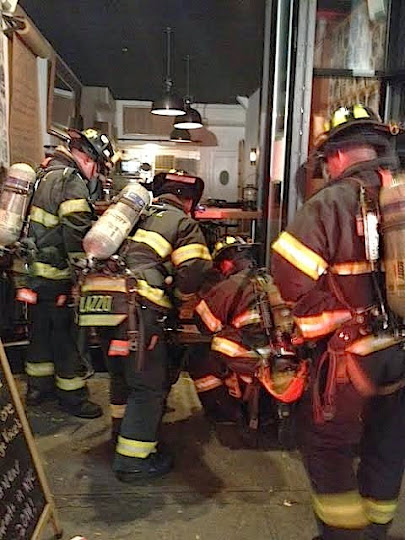 The FDNY quickly contained the basement fire. Smoke from the blaze momentarily filled Box Kite Coffee at No. 115 with smoke.

"My basement was also completely covered in smoke. Not too much to report except for some minor damages from the fire crews to a few businesses on the block," Nardello told us.

Box Kite was open per usual today. No word on the cause of the basement fire.
Posted by Grieve at 11:09 AM