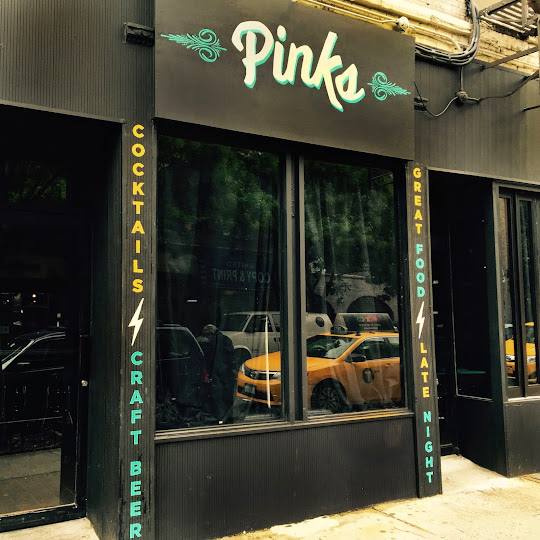 Pinks 242 has its grand opening tonight at 242 E. 10th St. just west of First Avenue (in the space that previously housed Company Bar and Grill).

As for that food-truck food, he said that he puts a strong emphasis on quality ... serving it with "restaurant standards."

Burn, who lives on the same block as Pinks, started his nightlife career as a bartender before going to work in management for corporations such as the Ian Schrager Group and China Grill Management.

"This is my own concept independent of any prior venture relationships," he said.
Posted by Grieve at 4:50 AM

I'm all for more live music venues back in the city. Hope it's good. How about more jazz?

As for "fine food-truck", isn't that an oxymoron?

What exactly are Pinks?

According to Better Homes and Gardens, pinks are "treasured for their grasslike blue-green foliage and abundant starry flowers, which are often spicily fragrant. Depending on the type of pink, dianthus flowers appear in spring or summer and tend to be pink, red, white, rose, or lavender, but come in nearly all shades except true blue."

That's probably more than I wanted to know.

Thought it was going to be called Big Pinks or something.