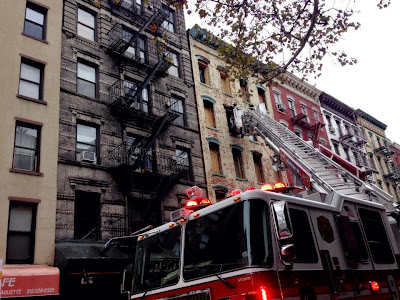 Bad news coming from 338 E. Sixth St. today. EVG reader Michael Hirsch told us that the FDNY responded to a report of falling bricks from the building under a gut renovation between First Avenue and Second Avenue.

The FDNY has requested a stability inspection here, according to DOB documents.

And now there is a Vacate Order on the building... which temporarily puts Awash Ethiopian Restaurant out of business on the lower level... 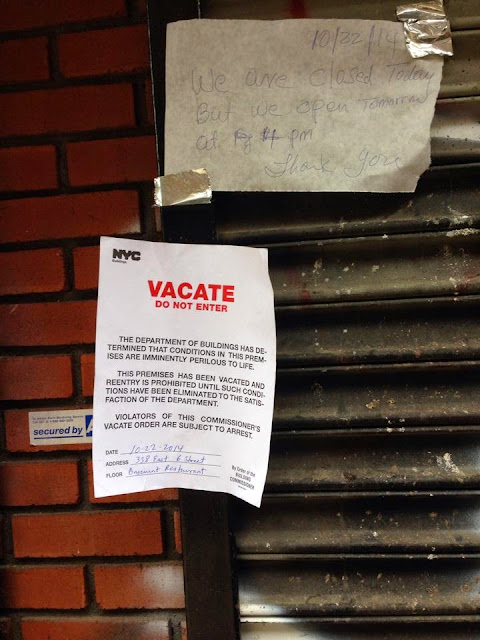 And this is on top of the three existing Stop Work Orders that the city already issued. (Despite those, we observed work continuing at the space.)

Meanwhile, as previously reported, Rory Denis, who has lived here since 1979, is the building's lone holdout. He has been fighting to keep his rent-stabilized apartment during the 18 months of gut renovations.

Denis took Ahmed to housing court last year after she switched off the electricity and water. Denis won the case in June 2013, which forced Ahmed to restore the services.

For the time being, though, he is being displaced. 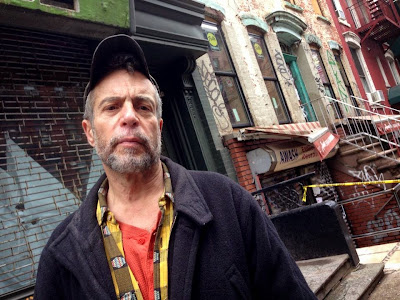 All photos by Michael Hirsch

Nooooooooooo!! Not Awash!! Any news on whether Awash will move to another location?

This is only temporary.. The sign outside Awash says they'll be back open tomorrow... might be a little optimistic...

This City has regulations up the wazoo, regulators through the roof, but it seems there is very little actual regulation going on.

So David Schwimmer lives in, or anyway owns, 331 east 6th.......seems like a chain reaction to the star-fication of the lower east side?

Shouldn't the landlord have to pay to put him up in a hotel? This situation is ridiculous.

good luck to rory denis! hold the fuck out!

Does the Red Cross respond to situations like this and help a tenant out and place them in a hotel [I'm sure in the outer boroughs] .. what about the residents of the vacated building on 5th street, what happened to them?