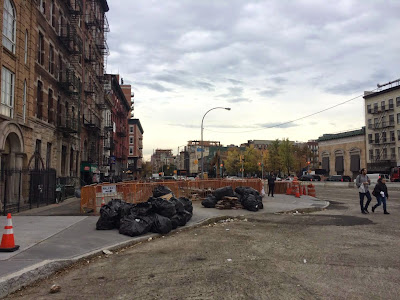 The plight of Punjabi Grocery & Deli on East First Street near Avenue A/East Houston got some much-needed attention this past summer. The never-ending East Houston Reconstruction Project is killing off the 20-year-old shop's business.

Through the years, cab drivers made up a good chunk of Punjabi's business. The reconstruction, however, has prevented the cabs from being able to stop by for an inexpensive vegetarian meal.

EVG reader Vinny paid a visit yesterday, and shared these photos noting the new configuration of East First Street… (notice you can no long access First Street from Avenue by motor vehicle) 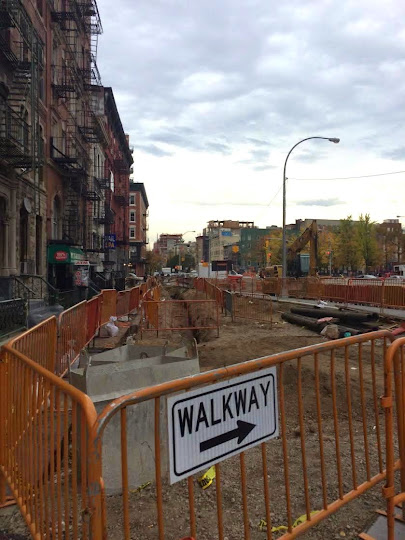 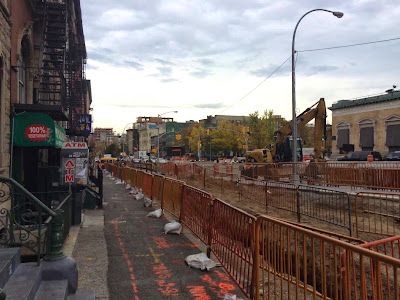 And to show you where Punjabi is buried in here... 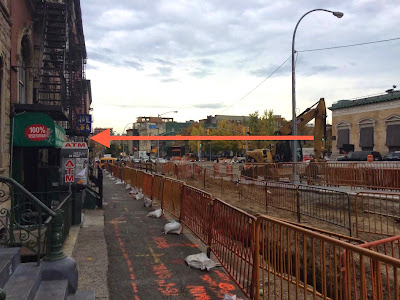 Vinny also noted that Punjabi had to raise its prices across the board by 50 cents to $1 ... still, given the size of the portions, it's still an insanely good deal... and arguably the best around... 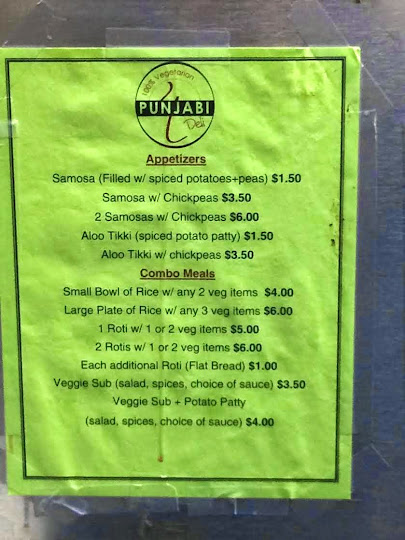 And as you may recall, Punjabi started an online petition asking the commissioner of the Taxi And Limousine Commission to approve a taxi relief stand at Avenue A and Houston Street. You can find the petition here. (It's up to 3,300-plus signatures.)

The East Houston Reconstruction Project is now scheduled (PDF!) to be completed by mid-2016, according to the latest city estimates.

Here's a look at the new Greenstreets and street configurations at A and Houston... 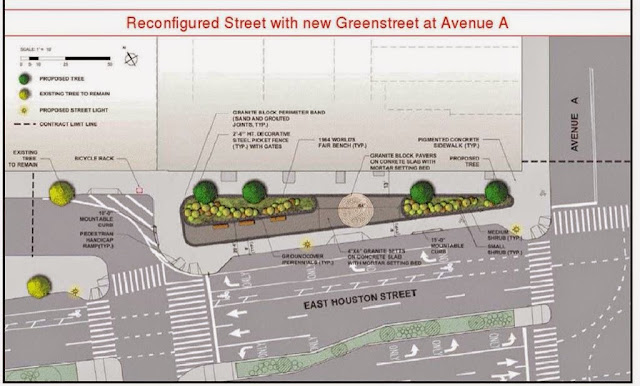 Previously on EV Grieve:
How you can help Punjabi Grocery & Deli stay in business
Posted by Grieve at 5:10 AM

We picked up dinner from Punjabi's a couple of nights ago. Business was hopping. There was another couple there, a lone dude, and a few cabbies in the back just finishing up.

Houston St from Norfolk to Orchard street will be paved this upcoming Monday-Tuesday marking the end of major work on this section of the street (thank god). In fact most of the barriers and such are gone from the general area, although what's directly in front of the deli looks like a mess right now.

So while the whole project goes for indefinitely long, it looks to be moving west and away from the Deli. I'm not sure exactly when the plaza in front will be finished but its getting pretty close.

As a daily rider of the M9 bus, I'm relieved this construction is slowing down; I'll believe it when I see it, though. (We've had daily detours to Allen Street for a few weeks now; I kick myself every time I realize I should've walked to Avenue A.)

And I'll be going in there tomorrow with my own tin and spork, or on the weekend; even at the higher prices, the food is totally worth it.