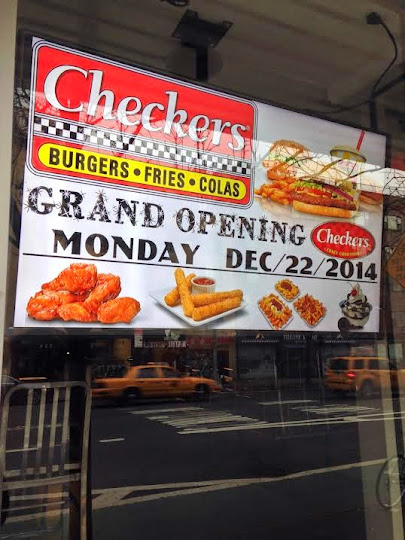 The Checkers Watch® comes to an end today with the Grand Opening here on First Avenue between East 13th Street and East 14th Street.

And here is a look at just two of their specials… 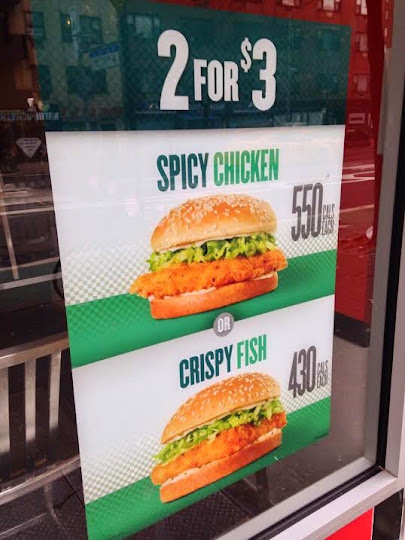 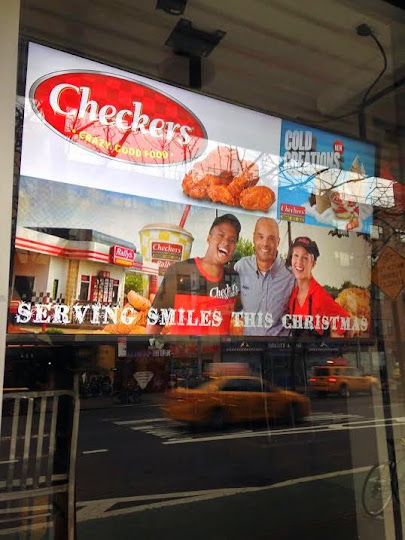 Previously on EV Grieve:
Checkers headed to 1st Avenue
Posted by Grieve at 4:42 AM

Email ThisBlogThis!Share to TwitterShare to FacebookShare to Pinterest
Labels: Checkers

Crap like this is why Americans are so fat.

"Yeah, I'd like to return this bag of smiles I got this morning....not very filling, and they had a real plastic aftertaste.....the "Senior Citizen Smiles" were especially bitter..."

Ha ha DrB, ya beat me to it except yours is funnier than mine would have been.

Does it come in a hoof?

for real, this place is ignorant.
its like we've gone back in time

When does the Cracker Barrel open?

This is a really good tip especially to those new to the blogosphere.
Brief but very accurate info… Many thanks for sharing this
one. A must read post!

Greate pieces. Keep posting such kind of information on your blog.
Im really impressed by it.
Hey there, You've done a fantastic job. I will definitely digg it
and personally recommend to my friends. I am sure they'll be benefited from this web site.

"When does the Cracker Barrel open?"

Whoa! Slow down there, Cowboy. Our fair city can only absorb one new redneck outpost at a time. Let’s review the history of this redneck invasion and look at where it’s headed next:

First we got iHop, which isn't really redneck but its leaning in that general direction.

Then we got our first Denny's, which is USDA Grade A redneck, located in SoHo of all places which doesn't even allow rednecks in the neighborhood, so go figure.

Then came Dairy Queen, located so close to Chelsea and the West Village the true meaning gets lost in the double entendre. "What, there's another Dairy Queen in Chelsea? How unoriginal."

Now we get our first East Village Checkers, a Southern Delight. It’s been called “the ugly stepchild of fast food,” famous for their fries which are heavily seasoned with a black pepper spice blend, among other things. Almost everything they serve is fried so it's a good thing there are so many quality hospital emergency rooms located just a few blocks north.

After Checkers comes Waffle House, which will sometimes give you a 10% discount if you drive a pickup equipped with a gun rack. When traveling in the Deep South, distance is measured in Waffle Houses, as in "We're only 10 Waffle Houses from Grandma's house." Try their Scattered, Smothered & Covered hash browns.

After Waffle House comes Bob's Big Boy, then Chick-Fil-A (the fake one at NYU dining doesn’t count, we need a real one, complete with the waffle fries and homophobia) Biscuitville (which actually serves real Southern biscuits, Empire Biscuit, you have been forewarned) Zaxbys (Who? Never mind.) and Bojangles, which some have described as “a mecca of grease.” That's not ChapStick® on your lips, that's Bojangles!

Just days before the impending Apocalypse, the EV will welcome the first Long John Silvers, which launched a meal called the “Big Catch,” that earned the nickname the “heart attack on a hook” and has been called "the worst restaurant meal in America.” If you ate an entire Big Catch, complete with the sides of fried onion rings and hush puppies, you'd end up eating around 33 grams of trans fats, or 16 times the daily limit. In case you like free salt it also contains 3,700 milligrams of sodium.

Finally, and only after all other redneck chain options have been fully exhausted will the first Cracker Barrel be ready to finish the job. Because Chicken 'n Dumplins are always in short supply, along with their special line of Duck Dynasty merchandise.

So enjoy the new Checkers. And remember, the road to hell is paved with good intentions and bad Southern fast food restaurants.