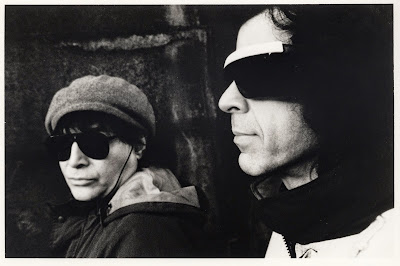 The fine folks over at Dangerous Minds posted about a Christmas song by one of our favorite bands, the misanthropy* duo Suicide.

Here are details per Dangerous Minds:

In 1981, the great no-wave label ZE Records — home to the eardrum-hurty likes of Lydia Lunch and Arto Lindsay — decided that the label would release A Christmas Record, a compilation of original Christmas music by its deeply underground artists. It seems, and was, pretty ridiculous, but that album yielded an actual enduring holiday season classic in the Waitresses’ “Christmas Wrapping.” Other artists who contributed were Material with Nona Hendryx, Cristina, and Was (Not Was). It was and remains deeply regrettable that Lydia Lunch contributed no Christmas song, but there was one by the equally malevolent Suicide, and another by that band’s singer Alan Vega.


Head over to Dangerous Minds for more, including the Vega track...

* misanthropy is Dangerous Mind's description. We like that.
Posted by Grieve at 12:00 PM

Email ThisBlogThis!Share to TwitterShare to FacebookShare to Pinterest
Labels: Suicide