Shakespeare & Company ultimately got kicked out for a Foot Locker 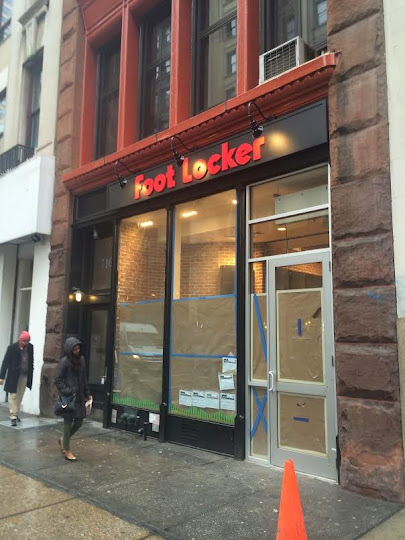 The landlord reportedly hiked the rent to $50,000 a month.

Anyway, as it was previously reported, a Foot Locker is taking the space... and Dave on 7th noted that the signage recently arrived.

Shakespeare & Company space is for lease on Broadway
Posted by Grieve at 4:50 AM

Can they read the lines on the soles of the feet?

This is just pathetic.

The Mallification of the EV continues.