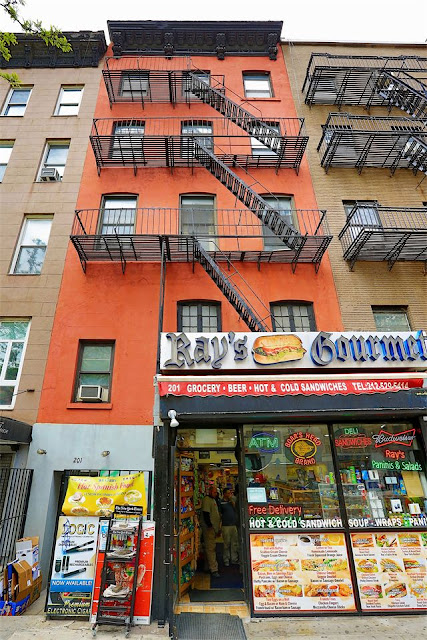 The five-story building between East 12th Street and East 13th Street arrived on the market this week.

Here's how the folks at Cushman & Wakefield are positioning the sale:

The building currently consists of a ground floor retail space with residential apartments on the upper floors. The retail is currently leased to Ray's Gourmet until February 2021 who pays $7,957 per month, or $102 per square foot which is below market. There are preliminary plans to expand by increasing the retail square footage to approximately 2,115 square feet (when space becomes vacant).

201 Second Avenue presents the opportunity to capitalize on a neighborhood commanding in excess of $85/SF for residential rents and over $2000/SF for new condo units. The building is less than one block from the L train stop at 14th Street, next door to Momofuku Ssam and has close proximity to Union Square.

Why are they flipping it? I thought real prices have bottomed.

"The preliminary plans for the above floors call for eight apartments of which..."
In case there is any doubt that the current tenants will be allowed to stay.

That building will be worthless if Mt. Sanai moves to 13th Street. Just the addicts alone from their drug treatment program hanging around the streets, making drug deals or nodding out will turn off lots of renters and potential businesses. Good luck!

A buyer would have to be crazy to pay this much for that location, esp. with Beth Israel in play.