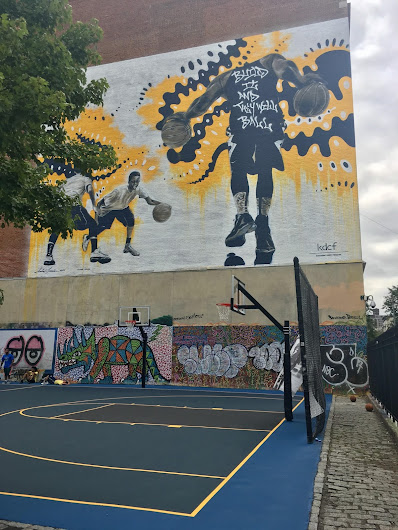 As we mentioned last week, the basketball courts at Open Road Park adjacent to the East Side Community School on 12th Street between Avenue A and First Avenue were getting refurbished thanks to NBA star Kevin Durant (via his charity foundation, KDCF).

Durant was on-hand Monday for the official unveiling.

This was the eighth basketball court in the city to benefit from the KDCF program:

In 2015, NIKE, Inc., Kevin Durant, and the KDCF partnered to create the BUILD IT AND THEY WILL BALL Courts Renovation Initiative to increase the number of high quality basketball courts accessible to underprivileged youth across the United States and internationally. BUILD IT AND THEY WILL BALL will propel the mission of the KDCF to enrich the lives of youth from low-income backgrounds through various educational and athletic programs.


The court is now painted in the same colors of Durant's team, the NBA champion Golden State Warriors. 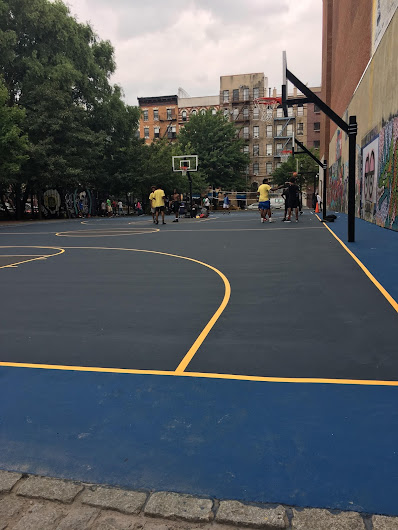 Very cool, he's not even from the city and he showed up for the unveiling.

It seem a lot more sincere coming from an individual than some corporation looking to "brand" the playground, Thanks Kevin Durant.

PS i missed the Warriors movie reference the first time round, thanks 9:32 for pointing it out

Kevin is going to be a Knick in 2 years, watch.