East Village resident Susan Schiffman has been photographing the apartments of rent-stabilized tenants living in the East Village for her Instagram account, I Am a Rent Stabilized Tenant. Starting today, she is sharing some of the photos here for a new EVG feature. 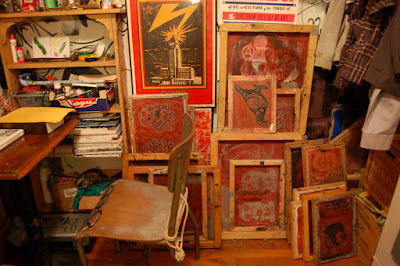 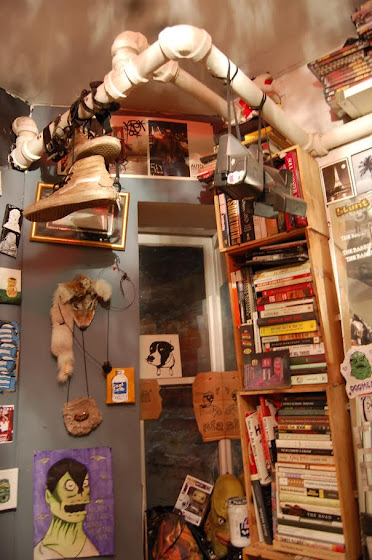 Why did you move to the East Village?
Drew had been coming to the city for many years to attend the Halloween parade and visit his brother. He moved here from Colorado. One year he dressed up as Prince. His first roommate in the apartment's birthday was Oct. 31.

How did you get your apartment?
Drew was interested in the apartment but lost it to two NYU students. The first night the students moved in they went out for the night. When they came back all of their stuff had been stolen. They decided they didn't want to live there and Drew got the apartment.

What is your favorite thing about where you live?
The stoop. Drew said he met practically everyone he knows on his block on the night of a blackout. He brought out his grill and started grilling all the food in his fridge before it went bad. Neighbors brought out chicken wings. A nearby restaurant brought over some sushi tuna to grill. 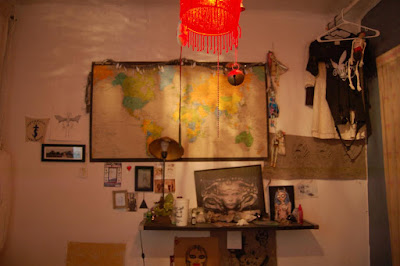 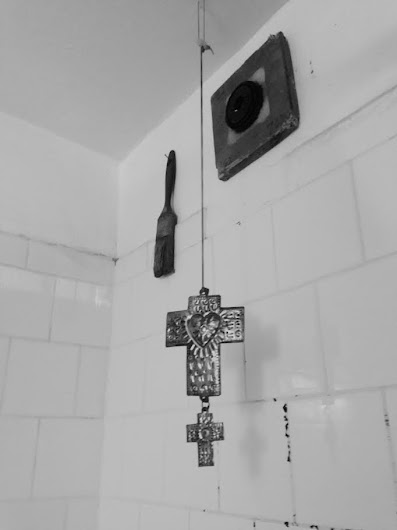 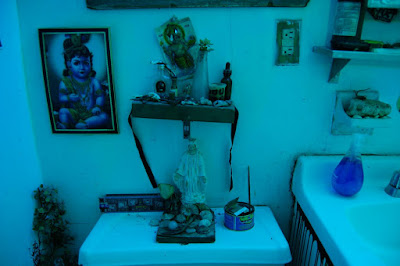 If you're interested in inviting Susan in to photograph your apartment for an upcoming post, then you may contact her via this email.
Posted by Grieve at 9:30 AM

This is an interesting concept to explore.

Agreed re the concept. Cool place. Lots of character.

Really looking forward to the future of the project!

Great project. Thank you for doing it, Artist.

This is my new favorite EV grieve feature!

This is a great idea!
As more apartments get priced out of the rent stabilized program, these imaginative and unconventional interiors will soon be lost.
A visual memory will be so important- a historical diary worthy of seeing in a printed or electronic book or in an museum.