Going up and going down on 14th Street 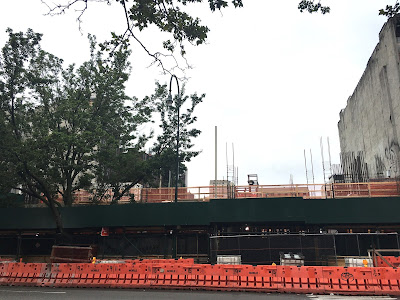 Just noting a milestone of sorts at 432-438 E. 14th St., where an 8-story retail-residential building is on the ascent at the former site of the Peter Stuyvesant Post Office between Avenue A and First Avenue... 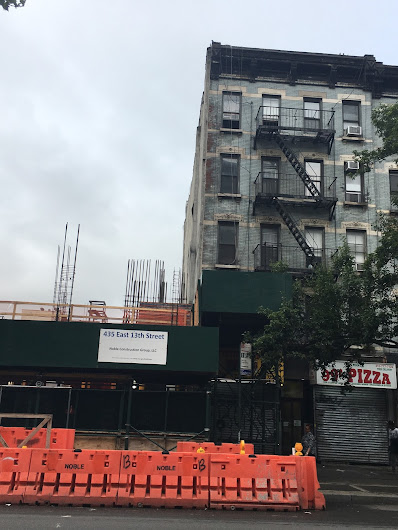 The original plans for 432-438 E. 14th St. call for 114 residential unit with 20 percent affordable housing. A Trader Joe's is signed on for the retail space.

Directly across the street, work is now underway for the Avenue A entrances to the L train... 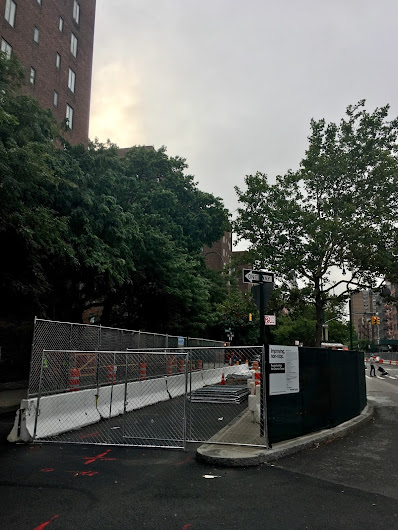 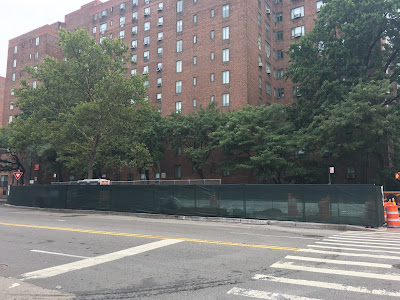 YouTube user Brian Camacho took the video last Tuesday ... showing the prep work at the First Avenue station ... along with a look along 14th Street that shows the scope of the work to come...

As previously reported, the MTA is building the new entrances to help relieve congestion at the stop, which sees an average of 23,000-plus riders per weekday. The entrances at First Avenue and Avenue A will be made ADA compliant.

The work along 14th Street includes a new power substation at Avenue B to give the MTA the juice to operate more L trains.

The MTA did not provide a timeline on when all this will be complete. The shutdown of the L is expected to last 15 months with a start date of April 2019. Read more about that project here.

A look at the new building coming to the former Peter Stuyvesant Post Office property
Posted by Grieve at 4:01 AM

A new power substation?!? Missed that one - where the hell are they going to be able to fit that in?

Can't believe this is really happenin!!!

This is going to take longer than the 2nd avenue train line, watch.

There are businesses at the corners of 14th and Ave B. Where are they fitting this substation?