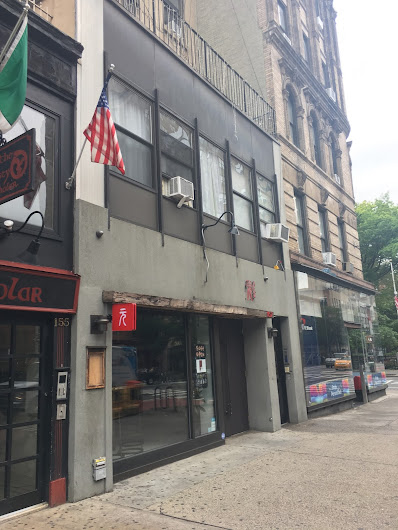 Yuan Noodle is getting ready for its grand opening at 157 Second Ave. between Ninth Street and 10th Street.

The restaurant is in soft-open mode for now... 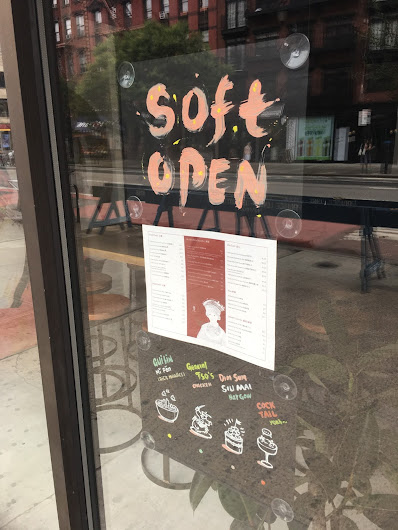 Eater had more on the owners and concept back in May:

Former financier Jacob Ding is using family recipes to open a Guilin boiled rice noodle and dim sum parlor, after his wife told him she wished that type of restaurant existed.

Ding grew up in Guilin, China, where rice noodles reign. They’re thick and come with various topping such as roasted peanuts, scallions, chiles, and assorted pickles. Ding will serve his dry, as opposed to with soup, alongside a condensed gravy-like sauce and with options like roast pork and braised beef.

Here's a look at the menu posted on the front window... 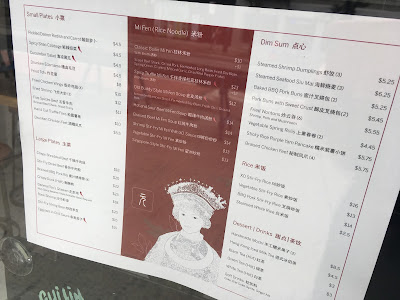 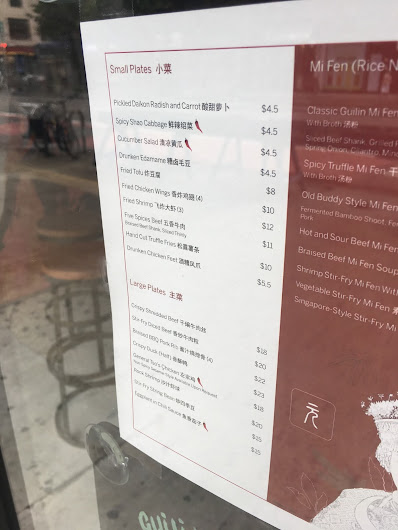 Previously on EV Grieve:
Yuan Noodle in the works for the former Biang! space on 2nd Avenue