Cinema of rock at the Anthology Film Archives this month 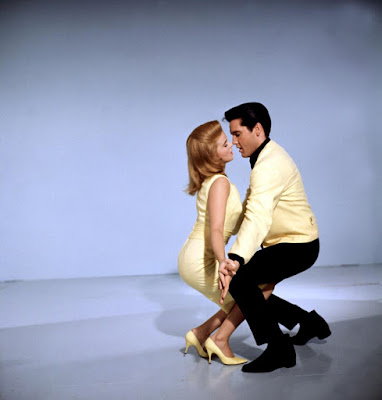 ["Viva Las Vegas" at the Anthology Film Archives this month]

A rockin' month-long series kicks off tonight over at the Anthology Film Archives on Second Street at Second Avenue.

This extensive film series — inspired by David E. James’s extraordinary book, “Rock ‘N’ Film” — ranges from major and minor studio productions to independent documentaries and avant-garde projects. Borrowing its structure from the successive chapters of “Rock ‘N’ Film,” this series functions as a kind of illustrated edition of James’s definitive book, and demonstrates how intertwined the cinema and popular music have been since the inception of rock ‘n’ roll.

Among the titles playing during August:

D.A. Pennebaker
"Ziggy Stardust and the Spiders From Mars"

Find more details about the films and the schedule here.
Posted by Grieve at 4:00 AM

Ziggy Stardust film really cooks on the big screen. As far as performance goes, easily the best one on that list. Viva Bowie.

All I can think of is A Hard Day's Rut.

Great pic for the post of Ann Margaret and Elvis.