Former Percy's storefront gets a fresh coat of paint 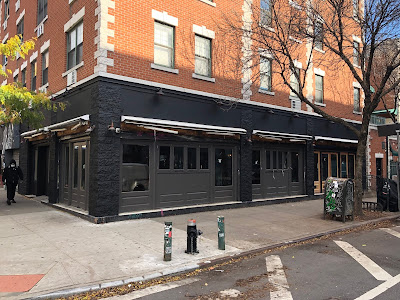 Several readers have noted the recently painted exterior of the former Percy's Tavern on the northeast corner of Avenue A and 13th Street... which led to questions about whether a new tenant is on the way in here.

Block association sources are unaware of any business in the works at the moment. The space has been vacant for more than two years after Percy's Tavern closed.

As BoweryBoogie reported at the time:

Sick of the “broken promises,” the Avenue A block associations spoke of how Percy’s is detrimental to quality of life. They further alleged that bringing in Morrissey with a 4am liquor license, and who has a terrible track record with VYNL and The Late Late, would only exacerbate an already saturated area. Indeed, the latter operation is considered one of the worst offenders in the district, and carries a report card of more than thirty 311 complaints. Residents on East 1st Street regularly complain about noise, which first has to travel past a clamorous Houston Street and then through First Park.

The liquor license, which includes Morrissey's name, is currently inactive for the address... and it expires at the end of January, according to the State Liquor Authority.

It's also possible the interior was damaged during the fire upstairs in the building back in March. Here's a look inside... 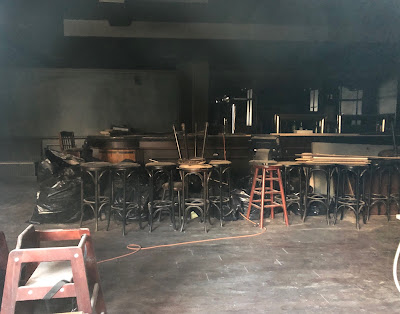 The bar-lounge Fat Buddha just reopened next door after post-fire renovations.
Posted by Grieve at 4:00 AM

Residents would appreciate a nice neighborhood friendly restaurant moving in here, but not another Trojan horse bar masquerading as a place to eat as happened with Percy's from day one. There are already 6 bars from 13th to 14th on Avenue A and the last thing we need is another "restaurant" that's open until 4am. Even better would be a business that doesn't require a liquor license!

Even though I live much closer to Ave B, I can hear the weekend noise from the bars on these blocks. I sympathize with our neighbors who live above them and are subject to taxi, uber and private car horns. Does Ave A block associate have a petition going?