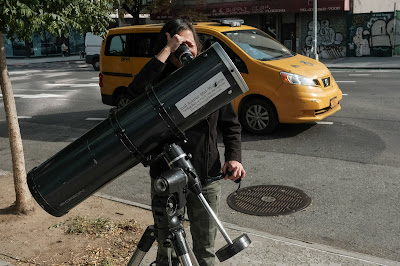 Exciting day for fans of the planet Mercury, which passed directly between Earth and the Sun in an event that won’t happen again until 2032.

As this photo by Derek Berg shows, Felton Davis of the Second Avenue Star Watchers was set up near the F stop... from here, you could spot the small silhouette of Mercury moving across the Sun. (A very thick black filter blocked out 99 percent of the Sun's light, and made it safe to view.)

Here's a photo that I took with my iPhone via NASA today ... 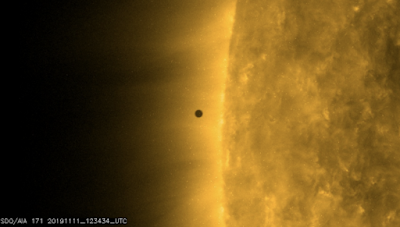