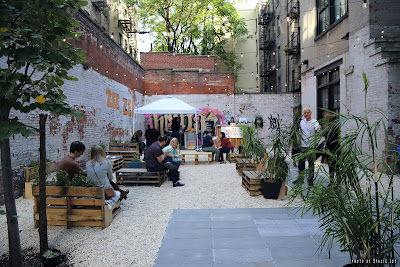 Owners Katie Zanin and Cassidy Gardner are behind this Brooklyn-based Queer-owned bar concept serving a variety of beer and wine (and French fries).

They'll be open this afternoon though 9 p.m. or so. (There's also an app release party for @lex.app from 5-9.)

Previously on EV Grieve:
Butch Judy's pops up behind Performance Space 122 on 1st Avenue
Posted by Grieve at 11:00 AM