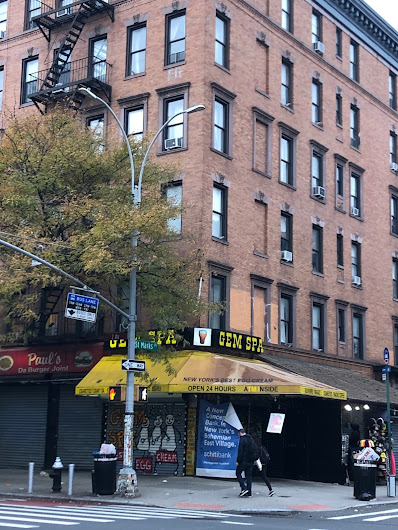 On Thursday night, as Eden pointed out on Twitter, the "Schitibank" signage was removed from outside Gem Spa on the corner of Second Avenue and St. Mark's Place.

The satirical advertisements for Schitibank arrived in September ahead of the Cash Mob for the shop, which has been struggling financially this past year. (The signage was only expected to be up through September. One piece of it remains behind.)

As you know, "Schitibank" was a play on Citibank, who was rumored to be interested in buying out the lease. (Citi has denied they had any interest in the storefront.) You can read more about the art installation that Tommy Noonan and Doug Cameron of the design firm DCX Accelerator created at Jeremiah's Vanishing New York.

Meanwhile, the shop, now run by owner Ray Patel's daughter Parul, is working toward profitability again. The financial turnaround has been aided by the sale of Gem Spa-branded hats and t-shirts.

And now, hoodies are available... 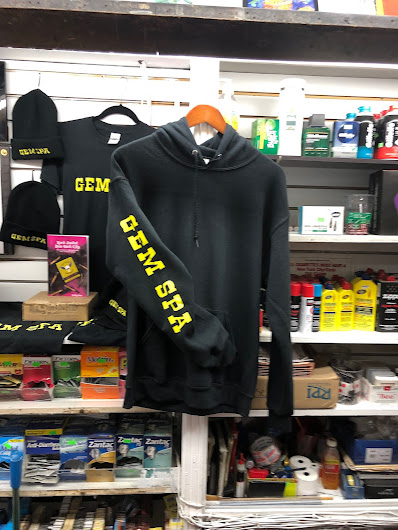 The Schitibank joke fell flat with me. Might have been funnier if Deutsch Bank had been rumored to take the space then they could have called it Douche Bank. But still not too funny esp. if it is only a rumor.