Report: Man attacked for his iPhone on 5th Street dies from his injuries 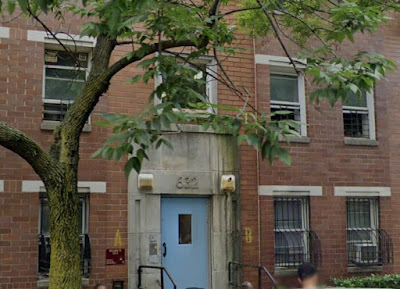 A Staten Island man who was beaten during a robbery on Oct. 20 on Fifth Street has died from his injuries. Police are reportedly treating the attack as a homicide.

Giovanni Destafano, 27, was jumped outside the Lower East Side II Houses at 632 E. Fifth St. between Avenue B and Avenue C around 10 p.m.

Here are details via SILive:

Upon arrival, officers saw that Destefano had swelling, bruising and lacerations to his head and around his mouth. EMS responded to the location and transported him to Bellevue, police said.

The police investigation determined that Destefano was approached from behind in front of the location by an unknown individual.

The suspect proceeded to punch Destefano several times in the head and face, causing the victim’s injuries, police said.

The culprit then allegedly stole the victim’s iPhone 7 from a pocket of his pants.

A former neighbor of Destafano's described him as "a very good dad." Destafano had two children.

No arrests have been made. (And I haven't seen any information to date about a possible suspect.)
Posted by Grieve at 11:30 AM

Worth noting that Destafano recently did a year for robbing a deliveryperson in Staten Island: https://www.silive.com/southshore/2017/02/jail_on_menu_for_pair_charged.html

Why is that relevant to him losing his life while minding his business?

I think anonymous 1 is implying karmic retribution
Rest In Peace

Is that the super shady dead end block?

@1:39 Quite sure that's relevant to the cops. One makes interesting acquaintances over a year in prison. While the headline states he was "attacked for his iPhone" there are lots of iPhones on display in the neighborhood. The theft of the phone *may* have been an afterthought to the assault, not the main act. Or not.

Why is that relevant? Two children lost a father.