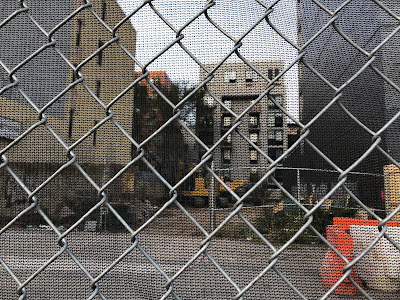 A 14-story affordable housing complex is in the works for the long-vacant, city-owned parcel on Second Street between Avenue C and Avenue D.

This morning, various officials — Asian Americans for Equality and City Councilmember Carlina Rivera will join Enterprise Community Partners and the Low Income Investment Fund — for the official groundbreaking on the project.

Construction equipment had recently arrived in the space — the address is officially 302 E. Second St. — directly to the west of the luxury development the Adele.

The 14-story tower will include 45 rental apartments affordable to low and middle-income New Yorkers. The development is a rare fully affordable development in the East Village where years of gentrification have made housing increasingly expensive. 302 East 2nd Street is part of the New York City Department of Housing Preservation and Development’s Neighborhood Construction Program, which activates vacant city-owned land for affordable housing development. 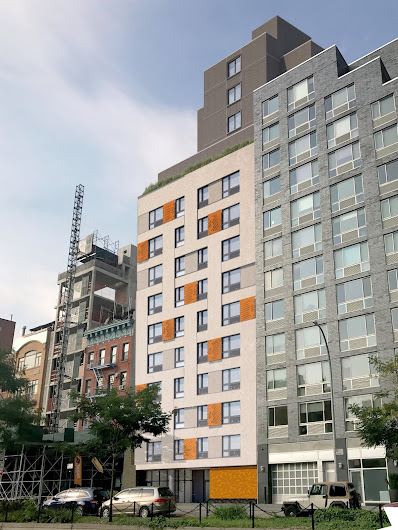 The approved permits on file with the city shows that the building will include about 1,000 square feet for a community facility.

Well I'm glad at the very least, they made it look absolutely hideous.

There should be more development of this scale downtown. It would help address the ridiculous price of housing.

It’s great to hear this instead of another luxury building going up. Is there anyway to apply for the housing?

I’m grateful the city will build this. I wish more places had balconies. I know it’s more expensive but it makes sense. I hope the windows open.

Affordable? For whom? Check the specs and you will see just what the City means by affordable in each location.