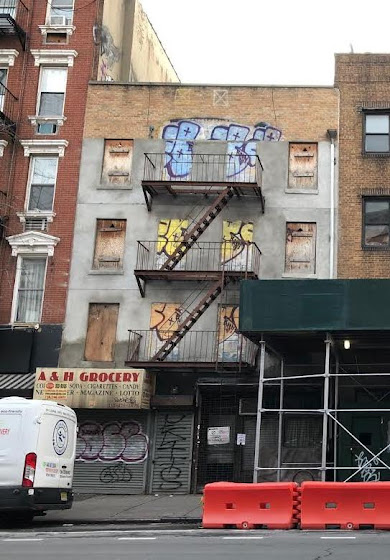 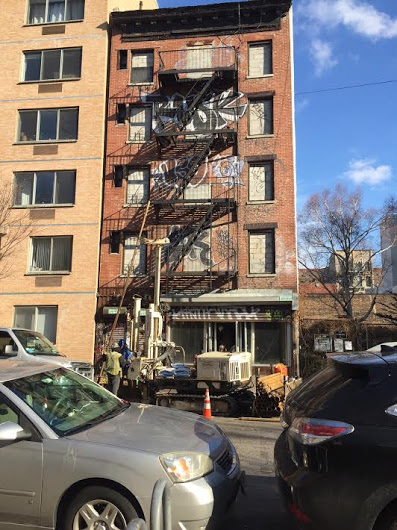 Seems like a good time to provide a recap here too.

In December, the City Planning Commission heard an application that would allow for the demolition of the existing buildings and the development of 10 co-operative units for fixed-income housing at No. 204 between 12th Street and 13th Street, and 11 one-bedroom rental units at No. 535 between Avenue A and Avenue B.

CityLand, published by the Center for NYC Law, wrote about the plans for the addresses in December.

To facilitate the proposed development, the applicant team requested approval for the disposition of the City-owned lots and designation and approval of the lots as an Urban Development Action Area Project.

Both buildings, part of the HPD’s Tenant Interim Lease Program, have been vacant (save for squatters on 12th Street) since 2008. "Due to deteriorating structural conditions," tenants from both buildings were relocated at that time.

The former tenants of each building will be able to purchase the co-op units in the newly constructed building at No. 204, which would include ground-floor retail. Meanwhile, the all-new No. 535's one-bedroom rentals "will be a middle-income rental building with an income restriction at 130 percent AMI."

And details about all this via CityLand:

The project was proposed as an Affordable Neighborhood Cooperative Program (ANCP) project. ANCP is an HPD program where developers are selected to rehabilitate distressed City-owned properties managed by the Tenant Interim Lease Program, in order to create affordable cooperatives for low- and moderate-income households. Under the program, developers receive low interest loans in the form of City Capital subsidy, in addition to construction and permanent financing sources provided by private institutional lenders and New York State Affordable Housing Corporation programs.

As an Affordable Neighborhood Cooperative Program project, following the construction loan closing, the 204 Avenue A building will be conveyed to a Housing Development Fund Corporation cooperative with unit purchase requirements, income restrictions, and resale requirements. The projected maintenance for the cooperative is expected at 40 percent AMI.

CB3 and Manhattan Borough President Gale Brewer have already signed off on this project.

Previously on EV Grieve:
Affordable housing planned for city-owned buildings at 204 Avenue A and 535 E. 12th St.
Posted by Grieve at 4:20 AM

Affordable housing? Mid level income starts at 6 figures, 100,000+ according to them. What a joke. Unless tenants demand a the end to VACANCY DECONTROL (which actually IS real affordable housing)?
E Village and Manhattan is pretty much done. Strip malls, chain stores and stk em & pak em suburban tracts of over priced apts set atop empty retail spaces will mean more exiting out of the city. That seems to be what city planners want.

does anyone know when construction will commence???