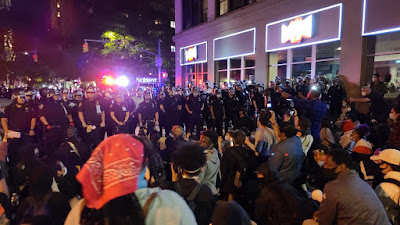 Another day of peaceful George Floyd protests around the city turned destructive late last night. There were reports of damage to businesses and police vehicles south of Union Square as well as trash fires along Third Avenue.

Footage via social media shows several people jumping on an NYPD van and breaking its windows on Fourth Avenue at 13th Street...

Ed Yoo shared these photos from last night where police and the protestors faced off on Fourth Avenue at 12th Street around 11:30 ... 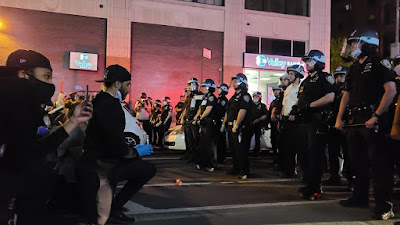 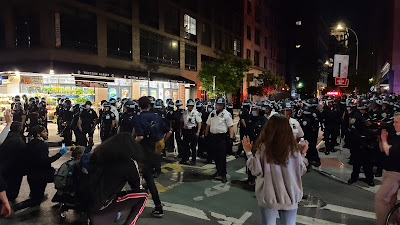 Police reportedly charged the protestors after someone threw a bottle... 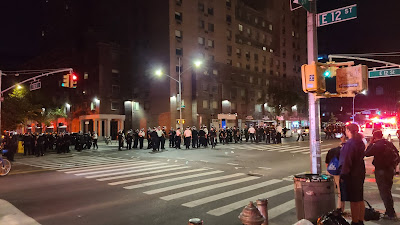 As the group scattered south on Third Avenue, several people set trash fires from 12th Street to Ninth Street... the largest being a stack of cardboard on the curb for recycling outside the H Mart ... 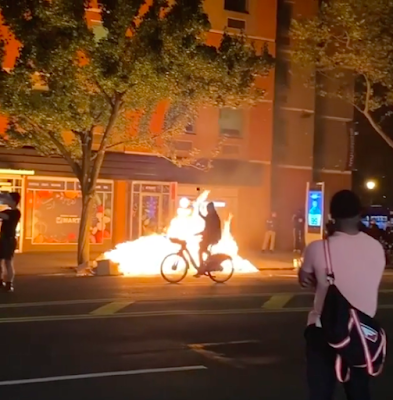 In addition, several stores had their storefronts damaged, such as the CVS on 14th Street and Fifth Avenue... 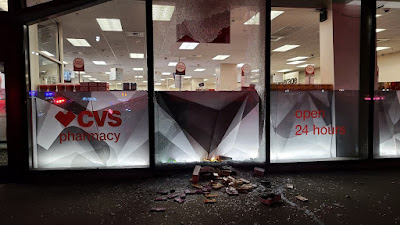 ...with reports of looting, mostly in Soho.

The mayor said the protests have been infiltrated by some outside agitators who are determined to cause violence.

“The X Factor here of a different kind. A small set of men, we’ll call them not just protesters, but people who came to do violence in a systematic organized fashion. That is a different reality we need to grapple with,” de Blasio said.

The mayor said the NYPD would quickly release evidence showing that some people were calling for violent demonstrations.

Yesterday marked the fourth day of protests in NYC and other cities nationwide against racist police violence in the aftermath of George Floyd's death Monday in Minneapolis.

Photos from Riian Kant-McCormick showing the broken windows at the AMC Village 7 on Third Avenue and 11th Street... 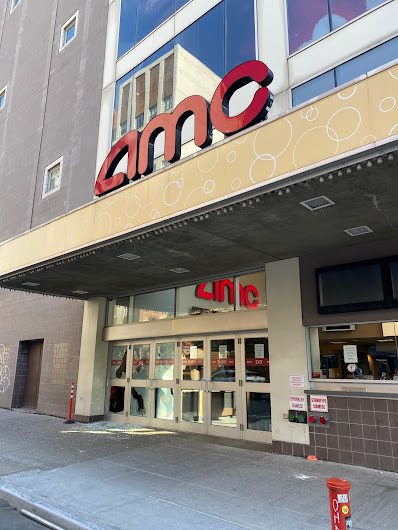 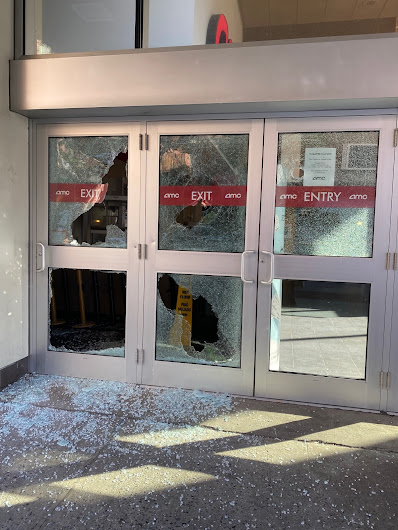 ... and outside the Post Office on 11th Street and Fourth Avenue... 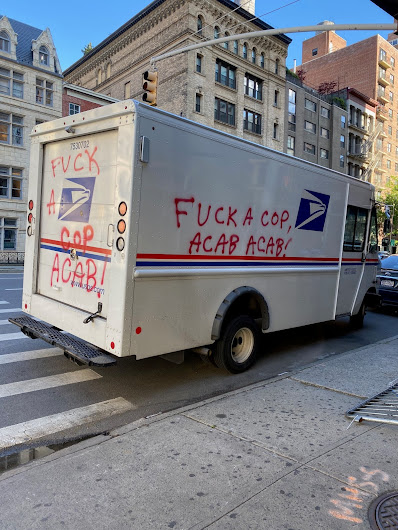 Walgreen's in Astor Place is closed Monday morning as they repair the smashed glass but they let me return my redbox dvd.