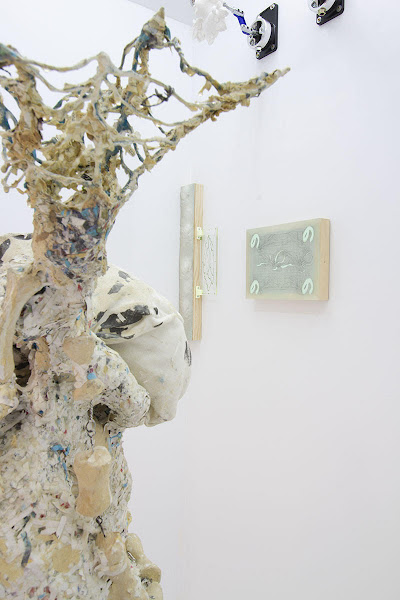 Dissecting Cyborgian Swamp Thang
Super Dutchess, 53 Orchard St.
Super Dutchess gallery is the type of space that makes me miss my small city back home where artwork is hung respectfully, curated purposefully and in existence with the intent of discourse. This, of course, exists in New York City — it is just that much harder to come by. Small shows in artist-run spaces usually pack a big punch and this one was no different.
The gallery’s current display delivers a succinct response to a moment in art history, a shift in dialect and questions on what it means to be operating in our often inoperable, ever-shifting and sometimes torturously vague conditions.
Andrew Woolbright unpacks the very idea of thingness in Dissecting the Cyborgian Swamp Thang, curating artifactual relationships that speak to the notions of organs, organisms, organizing and organizational methods.
The word organ, pre-Francis Bacon was essentially granted to anything, with no clear qualifying distinction. A flower that lived was an organ, much like a hammer was literary ephemera or a dead bird. They were all organs. Organ in today’s language most usually implicates the human body or more directly a heart, lung or liver that is operational or, in effect, alive. But if you applied this historic linguistic to 2021’s ubiquitous matter (think digital spaces, algorithmic patterns, AI, AR, laser technology, robotics and technological intervention) these all become organs themselves.
So what are THOSE if this is the case, what are WE as bodies and how would artwork begin to extrapolate, accommodate or question thingness?

The work in this show is optically challenging and deceptive, colliding the more referential with the abstract, the melted and porous with the solid and polished. The hybrid nature of the work is perplexing, confusing but satisfying once the show’s ideology presents itself.
Without knowing what the show is about, it is still extremely seductive, much to do with (in my opinion) Cherubim, a plaster and steelwork protruding from the spaces far wall created by Justin Cloud.
There is also Randy Wray’s work, which situates the center of the space with his paper-mâché, sewn canvas, quartz crystals, wire, acrylic, oil, resin and mica sculpture. I responded to Chapter and Verse viscerally, perhaps because I walked around it and understood that the work was living in its own right. It had human-like fangs made from viciously planted crystals, fleshy tones and an organic shapeliness. It also looked extremely heavy, which I will never be certain of, offering a new dimension to the show’s hanging treatment and conceptual play.
It wasn’t long into my visit that I asked Andrew about his choice to not include any video inside of the space. I was made aware in his response that Dissecting the Cyborgian Swamp Thang had a digital element and life online through Emmett Mettier’s captivating and looping Bodily Collapse. The work is more grotesque than the physical works in the gallery and situates and informs the other artist’s works.
Through the use of case silicone and pigment and iridescent plastic film, Mettier has offered the show color as a formal experience, something in which the physical show is stripped of. The video work includes sound and light which syncopates with your heartbeat.
When I was watching Bodily Collapse, it made me freak out about my own stomach and desperately wonder why it was in such abrupt and massive distress. It took me a second to realize, with huge amounts of relief, that it was Mettier’s audio element and not my own body. Scary, uncomfortable, extremely realistic while also sheeny, hue-y and delicious. The work is available to watch here.
Other artists in the show include Alexander Ross with Sketchbk98 Overlap Squish, a digital collage and ink-jet print, and Naomi Nakazato with her screen-printed, polyurethane and plexiglass works A Soft Spot for Rupture and Spoil.
Dissecting the Cyborgian Swamp Thang will be showing at Super Dutchess gallery, 53 Orchard St. between Grand and Hester, until Feb. 18.
A kind thank you to Andrew Woolbright for curating an inspiring show and for allowing me an extremely informative visit. 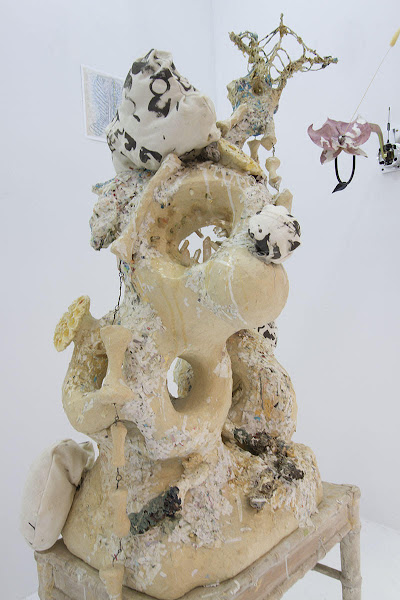 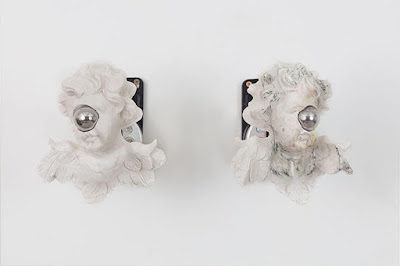 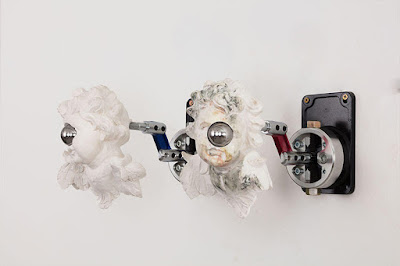 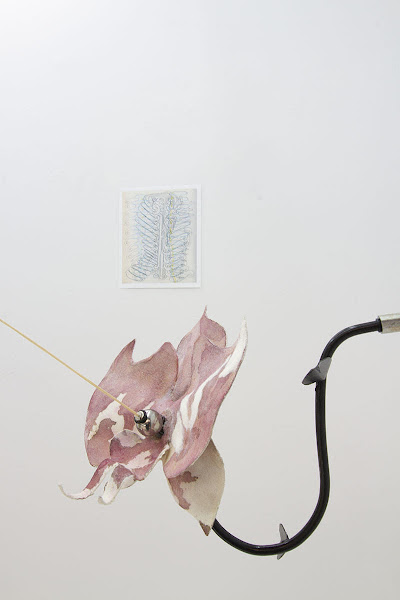