Snowplow collides with the Iggy's curbside space on Ludlow Street 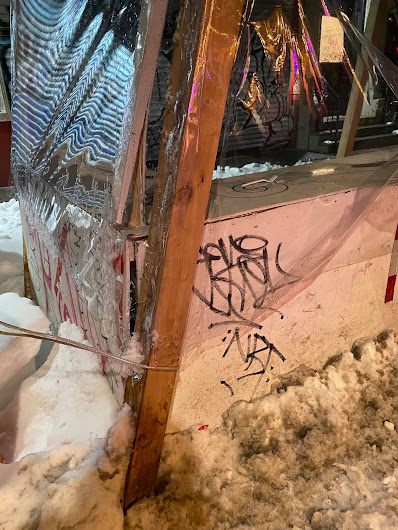 We noted a few of the curbside dining spaces that were damaged during Monday's blizzard (a small number all things considered).
While Mother Nature may have wreaked some havoc... at least one city employee was responsible for plowing into the curbside space outside Iggy's Keltic Lounge on Ludlow between Stanton and Rivington.
According to an Iggy's employee, "our barrier is a foot closer to the sidewalk than everyone else around us. We have reflectors and a giant construction barrel on the side where the cars come down the street."
Still.
"This guy got close, backed up, and got closer. What the hell?"
The curbside space, which the tavern was still using (though not Monday evening) is still standing, though slightly askew.
The carpenter who built the structure this past summer will assess the damage tomorrow... 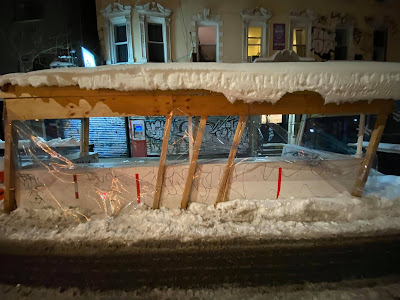 damn, that's wack that it happened to these good people, there are so many douchey annoying places this could've happened to