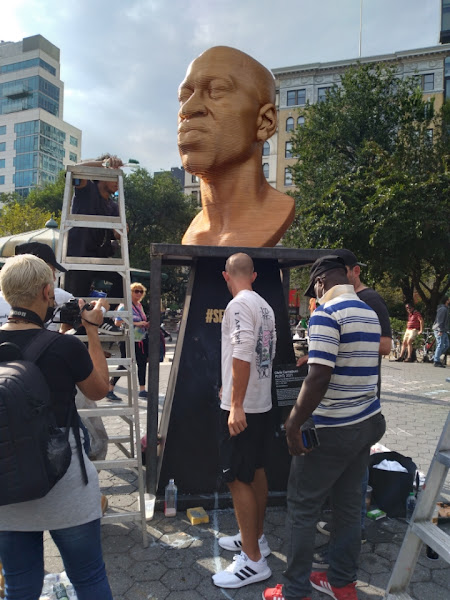 Photos by Lola Sáenz
Updated 10/26: Police reportedly arrested 37-year-old Micah Beals on the LES in connection with this vandalism.
Someone defaced a bust of George Floyd this morning on Union Square.
According to police and published reports, a man on a skateboard tossed paint on the memorial before taking off around 10 a.m. The NYPD released this surveillance video...

Volunteers and producers of the public art installation called SEEINJUSTICE later cleaned the paint off the bust.
Somoene vandalized the same statue of Floyd in June while it was on display in Flatbush, Gothamist reported. The 10-foot statue of Floyd and one of John Lewis and Breonna Taylor were just unveiled on Thursday. They were created by artist Chris Carnabuci and will be on display here until Oct. 30.
The statues of Lewis and Taylor were not vandalized... 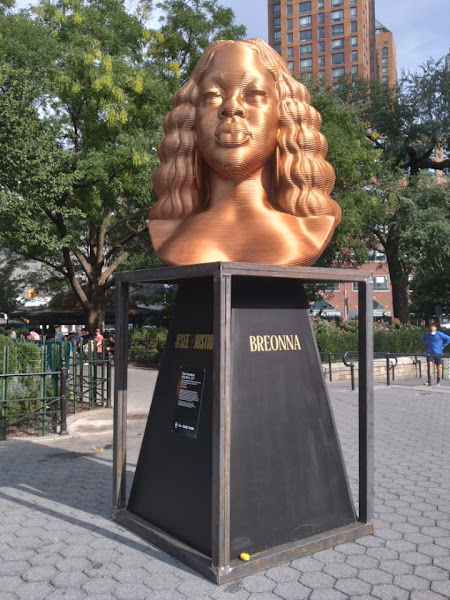