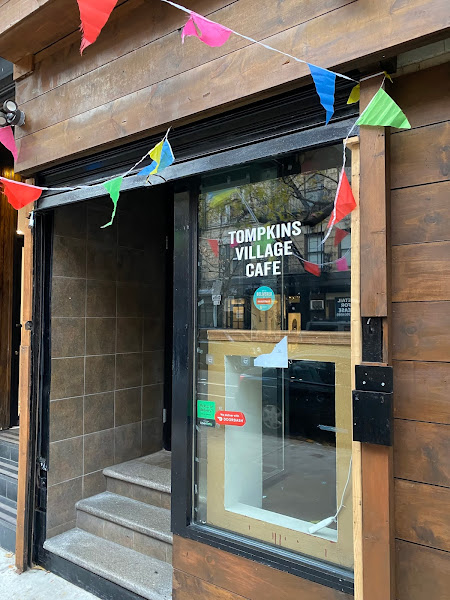 After less than a month in business, Tompkins Village Cafe has closed at 277 E. 10th St. between Avenue A and First Avenue.
As this photo by EVG correspondent Steven shows, workers have cleared out the space... 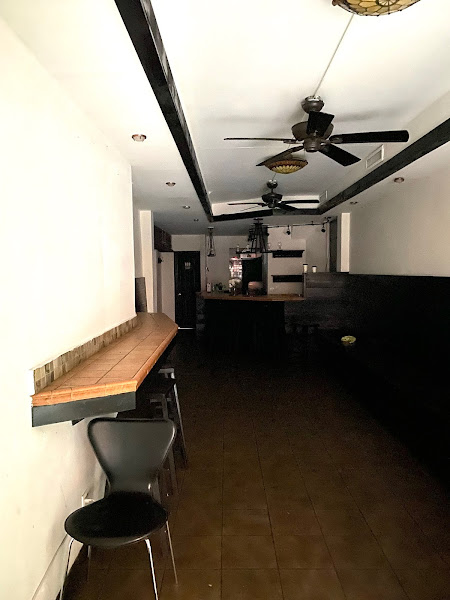 The cafe opened at the start of November, taking over for Chichen Itzá, which, by our calculations, was open for 16 days.
It wasn't immediately clear if the folks behind Chichen Itzá were also doing the new cafe concept ... or what made them initially pivot the business after two-plus weeks in existence here.
We didn't hear much, if anything, about either establishment from readers. Despite its short existence, Tompkins Square Cafe racked up 10 five-star reviews on Google.
This address was previously home for 11 years to the Brindle Room, whose closure was official in June.
Previously
Posted by Grieve at 5:00 AM

To be honest, it is an outdated space with not much to be desired. Unless the new tenants moving in bring their A game or already have a significant following on social media, I don't see how this spot will flourish.

I'm not surprised, rents are ridiculous again as REBNY tries to claw back to prepandemic levels. Rents go up as only 3/4 of the residents have returned to the city? Not good news for small business or residents of the city.