A visit with Wolfie, a talented emerging outsider artist — and rabbit 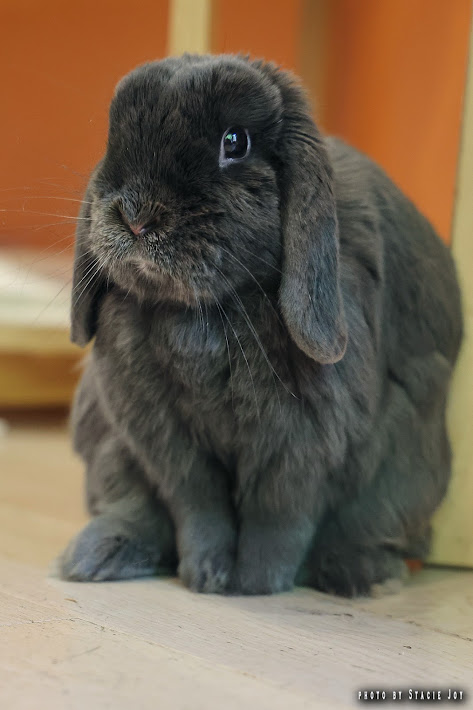 Images by Stacie Joy
Earlier this month, Special Special, an exhibition space and retail brand on First Street, hosted its first interspecies exhibition of a talented emerging outsider artist.
"The Artist Is NOT Present" is the first solo exhibition by Wolfie, a rabbit (above and below), featuring the artist's series of 13 recent portraiture artworks from the catalog of Marina Abramović's 2010 retrospective at MoMA, "The Artist is Present."
EVG contributor Stacie Joy stopped by to meet the artist and take in the space, which opened in 2016 here between First Avenue and Second Avenue... 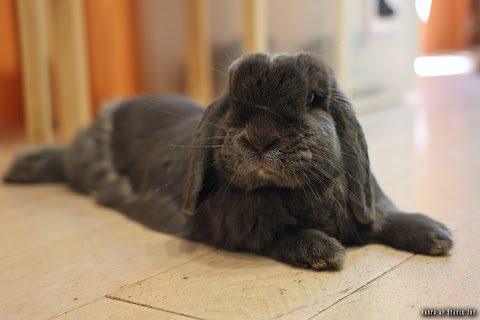 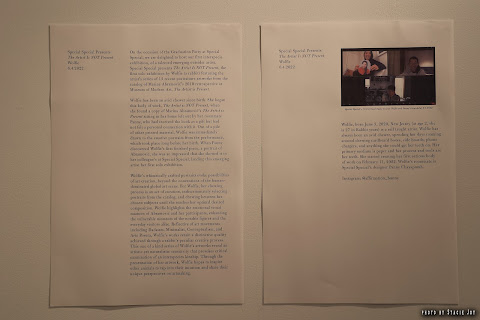 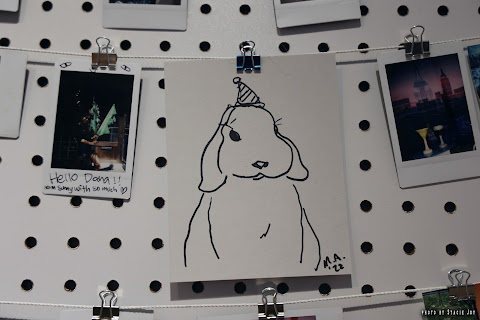 According to the Special Special press materials on the show, Wolfie began this body of work when she found a copy of Abramović's "The Artist is Present" sitting in her home left out by her roommate Panny, "who had received the book as a gift but had not felt a personal connection with it."

Out of a pile of other printed material, Wolfie was immediately drawn to the emotive portraits from the performance, which took place long before her birth. When Panny discovered Wolfie’s first finished piece, a portrait of Abramović, she was so impressed that she showed it to her colleague’s at Special Special, landing this emerging artist her first solo exhibition.

Wolfie's whimsically crafted portraits evoke possibilities of art creation, beyond the conventions of the human-dominated global art scene. For Wolfie, her chewing process is an act of curation, indiscriminately selecting portraits from the catalog, and chewing between her chosen subjects until she reaches her optimal desired composition. 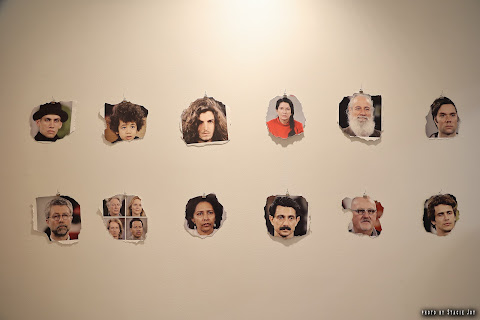 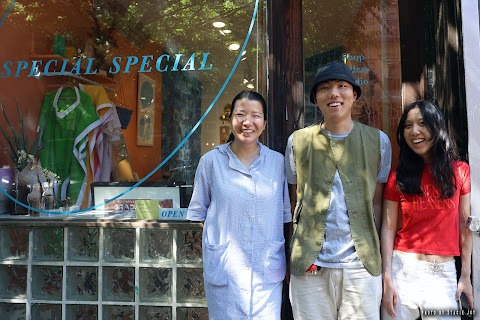 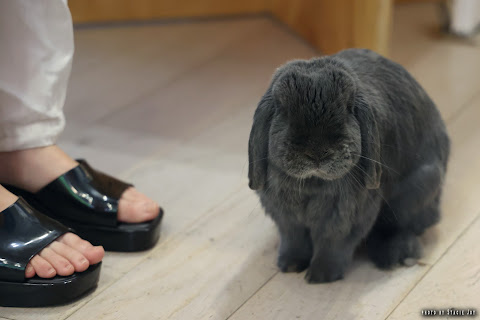 You may book an appointment to see Wolfie's work through the end of the month at Special Special via email.
Posted by Grieve at 12:00 PM

Email ThisBlogThis!Share to TwitterShare to FacebookShare to Pinterest
Labels: A visit to, Special, Special Special, Wolfie

Love it! Take THAT, Marina Abramovic! You've been out-done by a rabbit (and a very handsome rabbit, BTW).

Omg Wolfie is the most talented bun bun on the planet!

Can we pet the artist?