'Happy 35th Gay Anniversary' to Linda Simpson and My Comrade at Howl! Happening 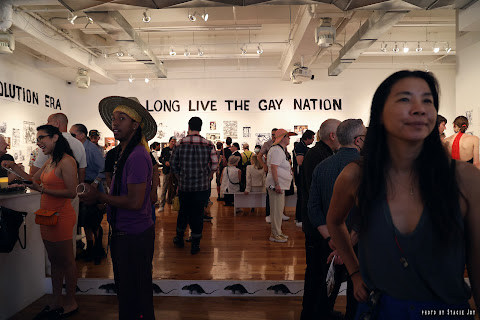 Photos by Stacie Joy
This summer, Howl! Happening is celebrating Linda Simpson's photographs and her groundbreaking magazine, My Comrade.
Here's more about "My Comrade Magazine: Happy 35th Gay Anniversary" at the space, 6 E. First St. between Second Avenue and the Bowery:

My Comrade magazine was founded by drag queen Linda Simpson in 1987 during the dark era of the AIDS crisis and served as a symbol of hope and frivolity to the East Village gay scene and beyond. Armed with a tongue-in-cheek "revolutionary" agenda, the magazine glorified heroic drag queens and sexy guys in a cut-and-paste mishmash of articles and photo spreads. Lesbians got their due when the flip side became Sister! The sporadic publishing schedule produced a total of 11 issues until 1994. It was revived in 2004 for two more.
The exhibit features reproductions and enlargements of My Comrade's black-and-white pages. Notable contributors to the magazine included photographers Jack Pierson and David Armstrong, painter Stephen Tashjian a.k.a. Tabboo!, and drag stars RuPaul and Lady Bunny. The exhibit also features Simpson's color photos of the era from her acclaimed 2021 photo book, "The Drag Explosion," published by Domain.

EVG contributor Stacie Joy went to the opening last weekend, where she took these photos... including of Linda... 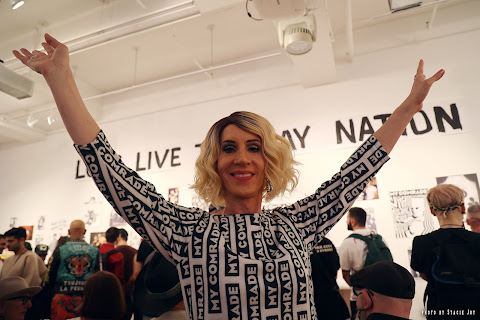 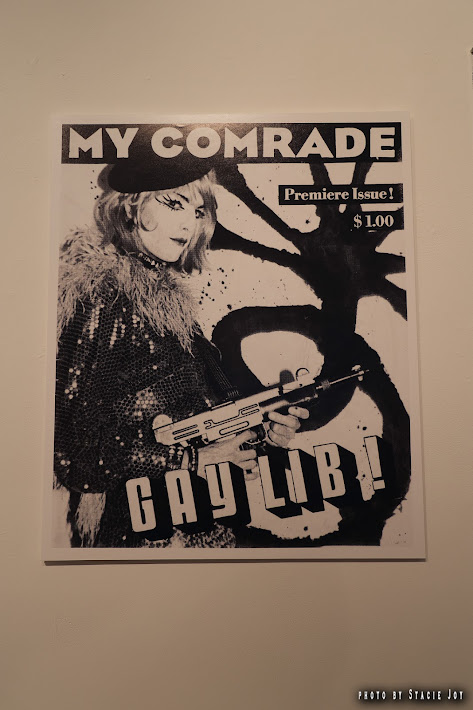 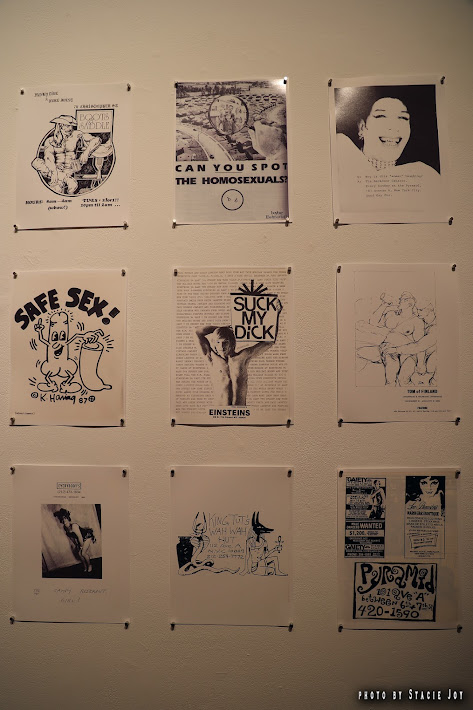 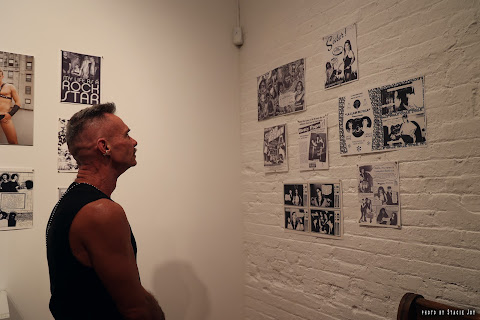 The First Street gallery is open from 11 a.m. to 6 p.m. Wednesday through Sunday. "My Comrade Magazine: Happy 35th Gay Anniversary" will be up through July 17.
You can check out this feature at Dazed for more history.
Posted by Grieve at 10:00 AM

I miss King Tut's, the backroom was legendary. Sorry that renamed it Niagara after Jessie took it over.