Photos by Stacie Joy
Above: Ada Calhoun with her father Peter Schjeldahl
On Tuesday night, East Village native Ada Calhoun celebrated the release of her latest memoir, "Also a Poet: Frank O'Hara, My Father, and Me."
The festivities occurred in the garden at St. Mark's Church in-the-Bowery on 10th Street and Second Avenue. Calhoun grew up two-plus blocks from here on St. Mark's Place with her father, New Yorker art critic Peter Schjeldahl, and mother, actress Brooke Alderson (seen below with longtime neighbor Phillip Giambri). 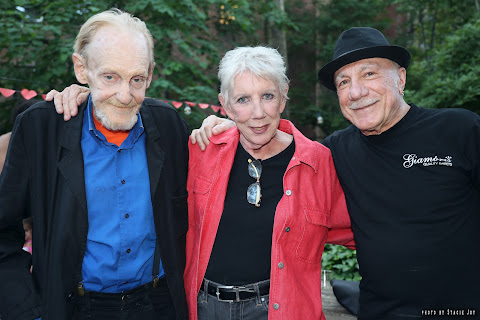 The book's premise sounds pretty straightforward: In the basement of her parent's apartment building on St. Mark's Place, Calhoun came across some old cassette tapes of interviews her father had conducted for his never-completed biography of poet Frank O'Hara.
So Calhoun, whose credits include "St. Marks Is Dead," decided to finish the book her father started 40 years earlier.
The result, as Alexandra Jacobs put it in a review at the Times this week:

"Also a Poet" began as Calhoun's attempt to finish what her dazzling, absent-minded father couldn't: "to do something noble and to win." But it turned into something much less dutiful, and more interesting, a story about both the impossibility of reconstructing another person's life and the importance of trying — and an investigation of the strained, complicated relationship between a creative father and daughter.

You can read more about the project in this feature in the Times.
Back at St. Mark's Church in-the-Bowery, there was a short program, MC'd by Calhoun's husband, Neal Medlyn (aka Champagne Jerry). 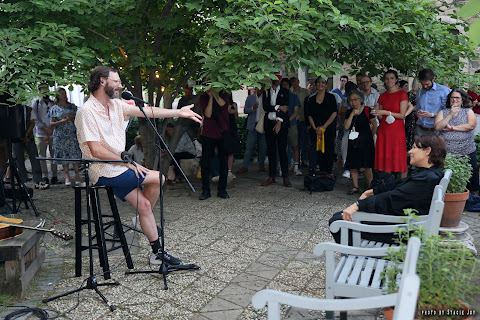 Singer-songwriter Lindsay Ellyn, who became friends with Calhoun after discovering "St. Marks Is Dead," played a song on her acoustic guitar. Schjeldahl read the last poem that he wrote. Actress Lili Taylor recited Frank O'Hara's "To the Harbormaster."
Calhoun then read an excerpt from the book, about the time her father, on his wife's encouragement, decided to buy something for his daughter. He returned from the Strand with two books, one by W. H. Auden and the other a copy of "Lunch Poems" by Frank O'Hara. She was 9 at the time.
Here's a look at some attendees who came out for the "Also a Poet" celebration... 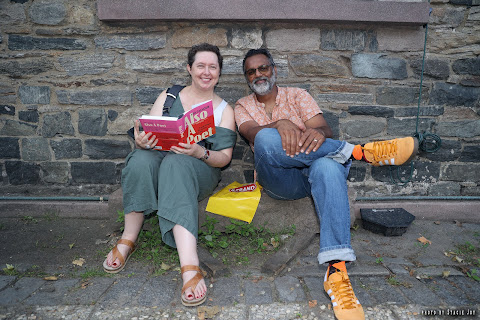 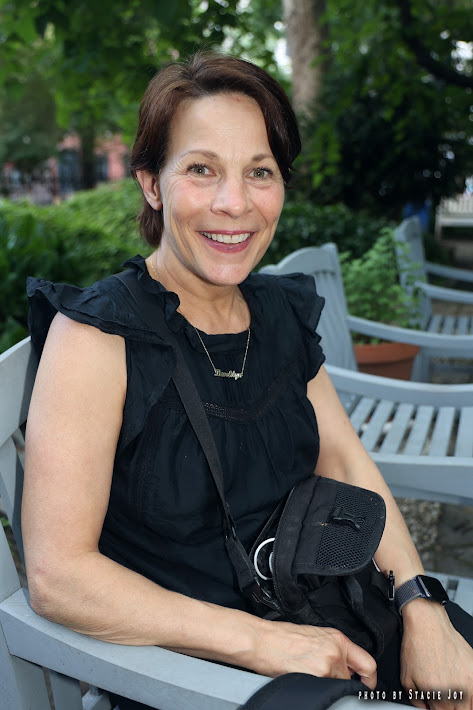 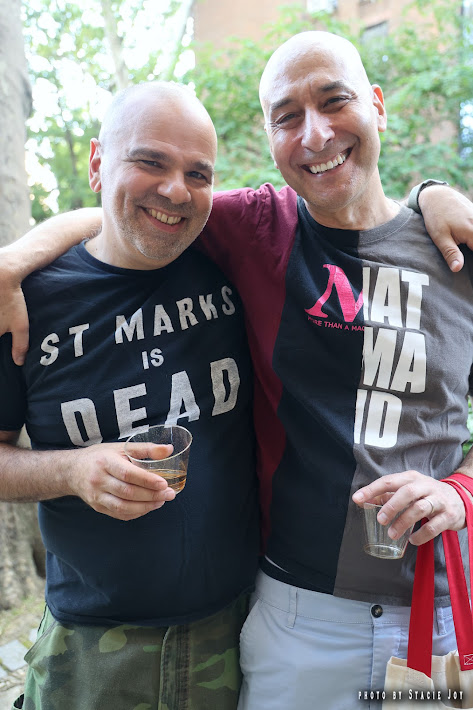 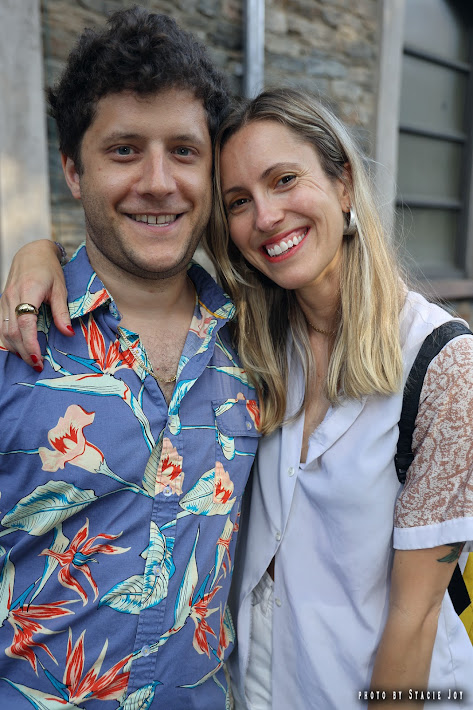 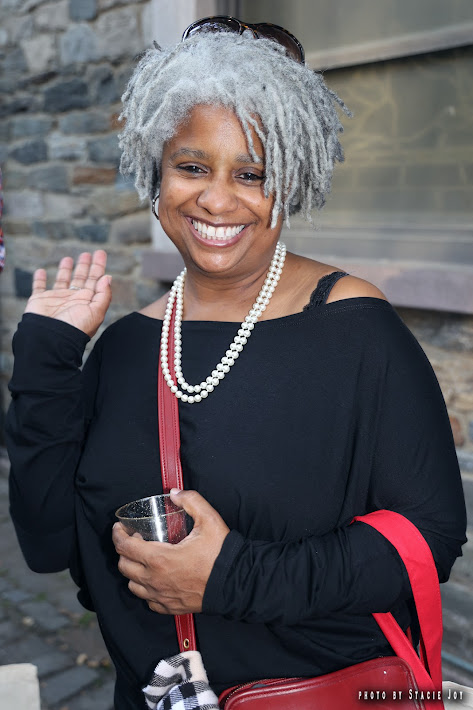 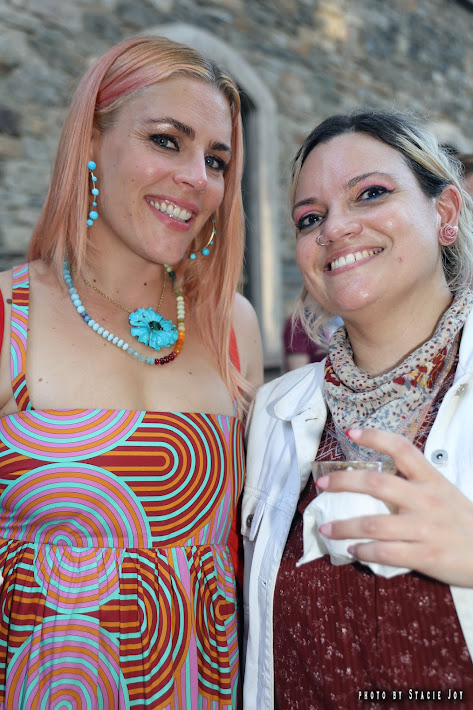 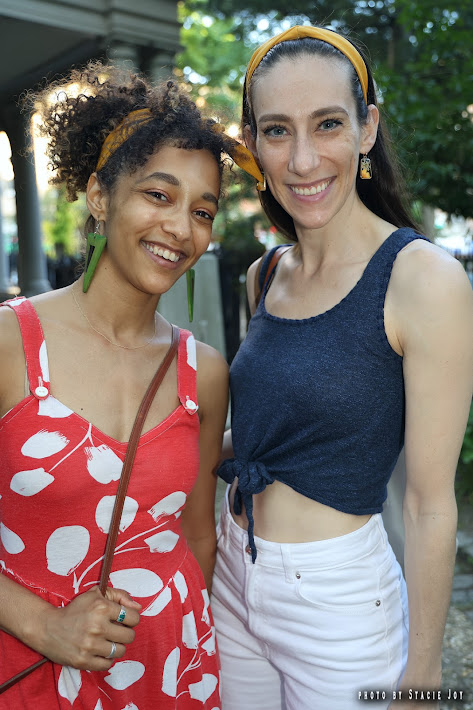 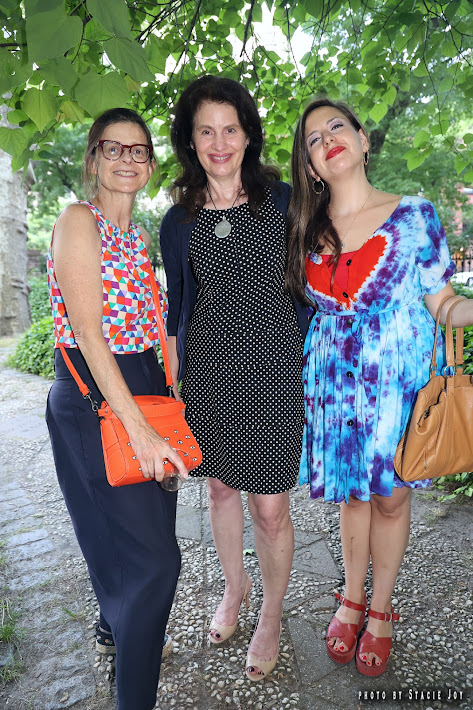 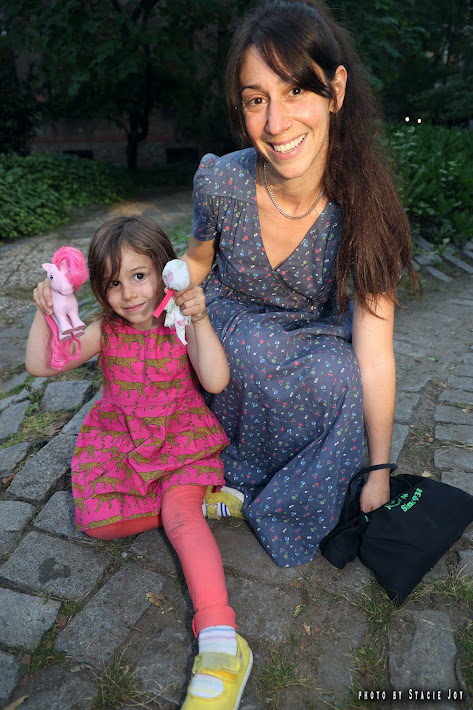 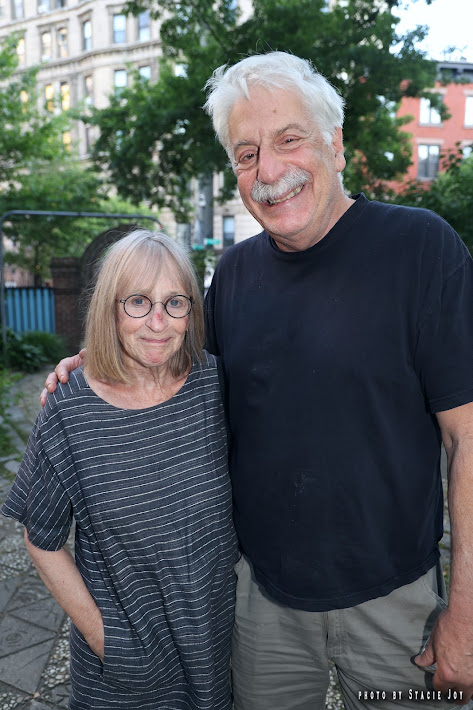 ... and Calhoun with her son Oliver and her father... 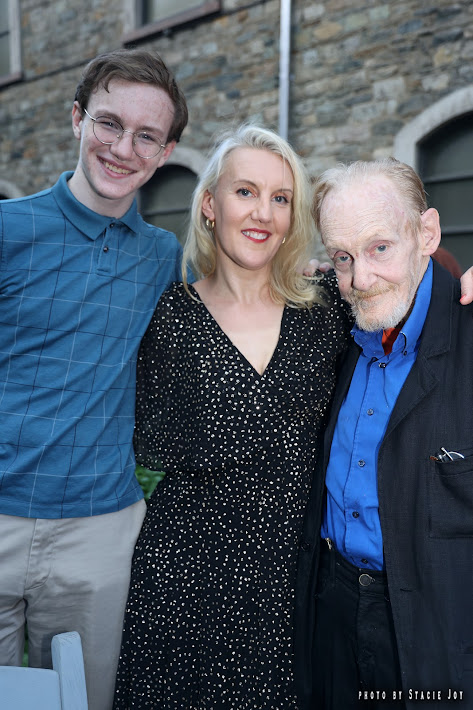 On July 17, Calhoun will be appearing at the Jefferson Market Library on Sixth Avenue (the library reopens on July 14 after a $10-million renovation). Find details here.
Posted by Grieve at 11:30 AM

What a lovely event!

Lovely photos! I don't know these folks (except the few famous names!) but they all look great!