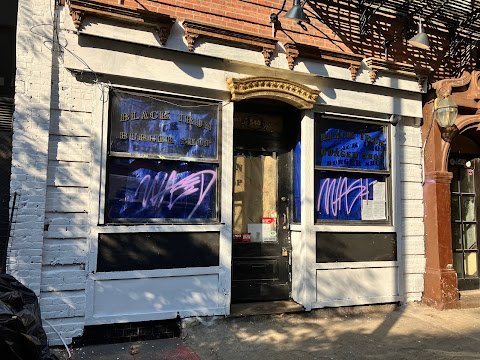 There has been a lot of activity recently at 540 E. Fifth St. between Avenue A and Avenue B... the former home of Black Iron Burger.
New owners are taking over the space... and they will appear before CB3's SLA committee on July 13 for a new beer-wine license for the address (Black Iron also served beer and wine)... 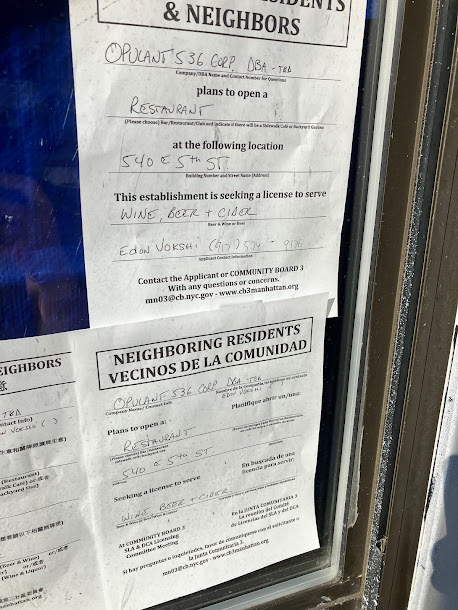 We don't know who the applicants are just yet (the questionnaires haven't been posted online). However, we're told they will have a menu similar to Black Iron Burger — milkshakes, fries and burgers.
Workers have cleared out the inside of the space, which had been used for storage in recent years (photo below by Stacie Joy)... 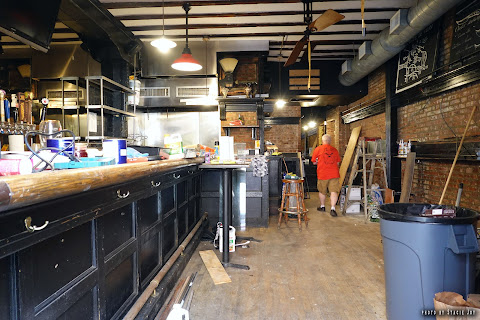 Black Iron "closed for renovations" in July 2019 and never reopened.
The East Village location of BIB was the first for the brand, opening in 2008 (with new ownership taking over in 2013). The three other outposts remain open.
Posted by Grieve at 5:00 AM

Awesome! Love all of these openings

Really liked Black Iron but they had some weird hours. Went by a few times and they were closed at lunchtime.

Good to know, but Cozy Soup N' Burger (Broadway @ Astor), which turns 50 (!) this year, needs a shout-out. Recently had their burger/shake/fries and per usual, they were stellar.