Details about an hours-long break-in at CC Cyclery & Co. on 13th Street 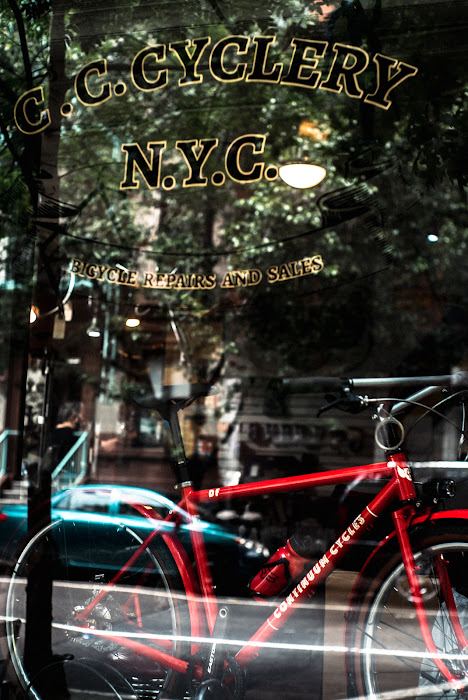 Photos by Daniel Efram
Jeff Underwood, the founder and chief mechanic at CC Cyclery, is sharing details about a burglary at his shop, 530 E. 13th St., early on May 26. 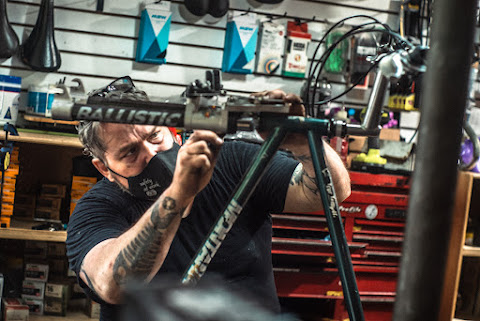 In total, six people were involved in the break-in. Here's part of the message via an Instagram post from over the weekend...

They ended up making multiple trips during the hours of 1:45 a.m. until 8:40 a.m. The person who broke in was wearing a white hoodie, white shorts and carrying a shoulder bag. He was holding a small flashlight in one hand and a hunting knife in the other.
After breaking in, others showed up and helped themselves to all our cash in the register, our laptops, ipads, bicycles, all our locks on display.
After one broke in, five others showed up to help. They took multiple trips back and forth over the course of a few hours.
I had been in the back office the whole time, unaware of what was happening just a few feet away on the other side of the wall. I had fallen asleep with my headphones on, and the A/C and fan were on, drowning out the sound. I heard something earlier but thought it was the neighbors coming in from a late night.
Later I heard another noise, looked at the surveillance camera monitor, saw a woman walking out the front door with multiple bags and two men, each in the process of taking bikes. I jumped up and started toward the front of the shop. Stupidly, I went to confront them.
As I was about to open the door they heard me, dropped the bikes and ran out the door ... They were all seen leaving the shop. They walked, ran, and rode the bikes on the sidewalk both east toward Avenue B and west toward Avenue A.

The Instagram post has screengrabs of the suspects.
Per Underwood: "If you saw anything, know the suspects or have any information about this crime, please contact us and/or the NYPD's 9th Precinct (212) 477-7811 and ask for Detective Saunders."
Meanwhile, a longtime CC customer has launched a GoFundMe campaign to help "keep the business afloat." Details here.
Posted by Grieve at 5:20 AM

Thats a burglary. Trespassing and committing a crime (here, theft)
Robbery is the forcible taking of property from a person.

I like that guy and he works hard to help the cycling community. No mention of insurance coverage. Who will be next?

I suspect this block has few long time residents, you know the kind who look out their window when they hear sounds which don't sound right. The kind of resident who will call the police when they notice a small business being looted for several hours. The kind of neighbor who will know the people who own a small business and give a shit that some thieves are stealing their livelihood.

And what does the 9th Precinct have to say for itself? In all that time, they weren't on that block?

There was an insurance claim, but it looks like it doesn’t cover everything

So sorry to hear this news. Great shop, what terrible bad luck.

I am a bike snob and CC was my LBS of choice until I moved last year. I like to do my own maintenance but for bigger jobs they always did great work and most importantly were always straight up honest. None of the lies and deception you might find at typical bike shops. They are the real deal. If you own a bike and live around here, you are lucky.

I guess you are right NOBODY is ever awake or on the streets after midnight. BTW welcome to the neighborhood.

Are you saying that NO ONE living nearby was awake and looking out their window (esp. at unusual sound & activity) at any point during that SEVEN HOUR period? I call BS.

This sounds like a similar group that was doing grabs under the cloak of the looting the summer of the BLM protests a d the vop slowdown. A number of break-ins in alphabet city just like this.