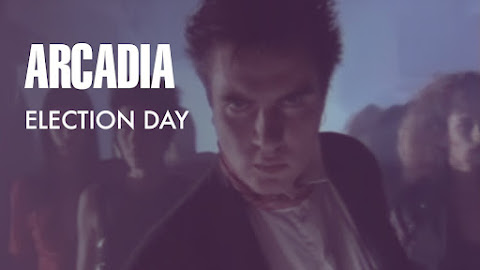 The first of two 2022 primary elections is today (June 28) for state and Assembly offices. The primaries for congressional (including the 10th Congressional District with candidates including de Blasio, Rivera, etc.) and state Senate openings were pushed back to Aug. 23 due to New York State redistricting issues.
Polls are open today from 6 a.m. to 9 p.m. Find your poll site via this link (unless you voted early already!).
Anyway, you likely know about the race for governor, lieutenant governor and the Assembly. There's also a lesser-known slate of judicial candidates. City & State has a primer on those races. You can find a regiular ol' primary primer via the Times right here.
Screengrab courtesy of Duran Duran side project Arcadia... the best Duran Duran side project aside from the Power Station.
Posted by Grieve at 5:05 AM

Vote them OUT - only YOU can make the change

voting for simon, john, robert palmer, and michael des barres in that order. with ranked choice voting, i can't lose!

Hopefully the harassing phone calls will finally stop! I lost count today. I did mail-in voting over a week ago - DON'T CALL ME!