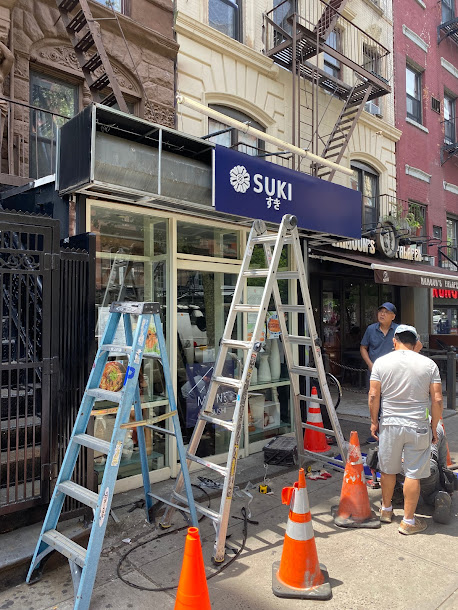 Suki Japanese Kitchen is on the move again in the East Village.
The well-regarded curry shop is opening an outpost at 32 St. Mark's Place between Second Avenue and Third Avenue.
Workers were spotted working on the space this week (thanks to Steven for the photos)... 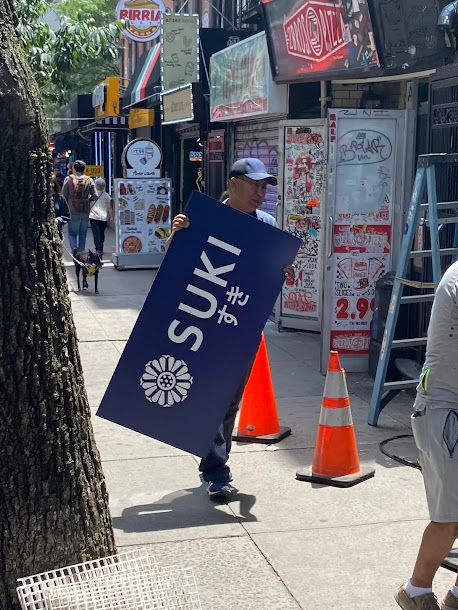 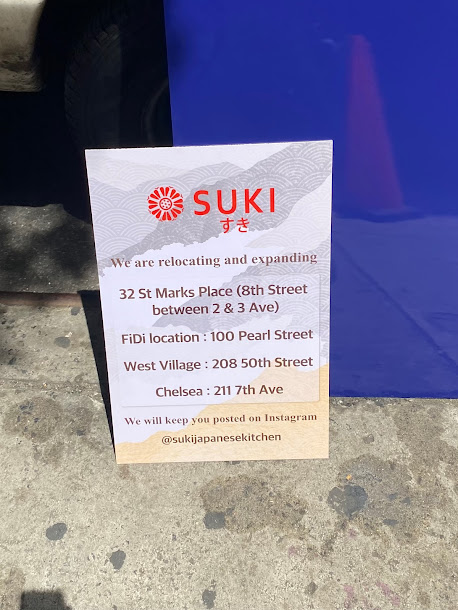 The move here to this (slightly larger) space means that Suki chef Kelly Cho's spinoff at the address, MIN Sushi, which opened in late 2020, has apparently ended. (We reached out for more details.)
With this relocation, Suki's outpost at 111 First Ave. near Seventh Street has closed... 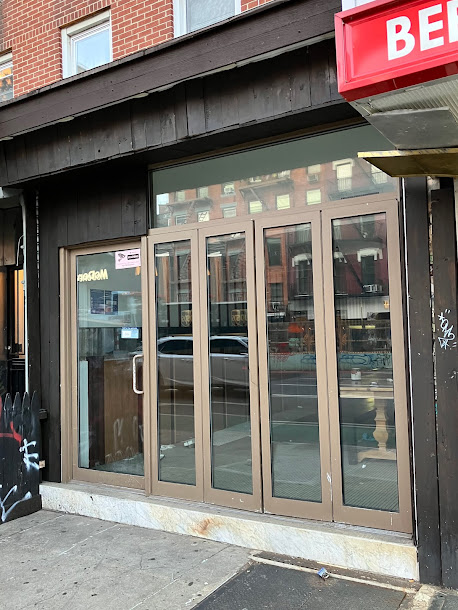 Cho opened Suki in July 2018 in a six-seat space at 86 E. Seventh St. and received favorable notices in the Times and via Michelin.
Suki moved around the corner to No. 111 in the summer of 2020.
You can follow Suki's Instagram account for opening details on St. Mark's Place.
Posted by Grieve at 5:00 AM

Email ThisBlogThis!Share to TwitterShare to FacebookShare to Pinterest
Labels: Suki

Exciting news for them! It's nice to see them growing in this difficult time!

Small as it was, the 7th Street location got them a lot of foot traffic. The last location on 1st Ave didn't do them justice... Even though I knew where they were it was still a challenge to find! St. Marks will be...different.

You need Google Maps to know its not the West Village?

Best katsu curry in the neighborhood. Very happy for them.

Why ?
Thought it didn't seem likely that a store
promoting a location would write the wrong
address and or not check it.
Then, thought, maybe some weird address that is only
in some kind of weird address kind of thing.
Like a who knows, odd, didn't know.
So, double checked.

Moving into the belly of the beast, good luck!