Looking at the Bunker on the Bowery, former home to William Burroughs, among others

In response to the post yesterday on the endangered White House at 338 Bowery... several readers sent along the following link from online magazine The Morning News.

It's an interview with Brooklyn-based photographer Peter Ross and his collection "of weird, touching, and often unexpected" photos of the possessions found in the former Bowery home of William Burroughs... 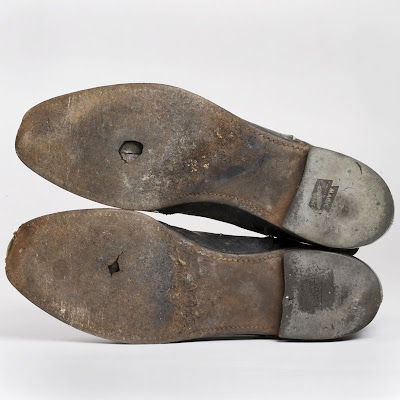 There's also a Q-and-A with Ross, who talks a little more about 222 Bowery (aka The Bunker), where Burroughs lived from 1974 till his death in 1997. The building's owner, John Giorno, has left Burroughs' apartment intact, where his possessions include blow darts and nunchucks. 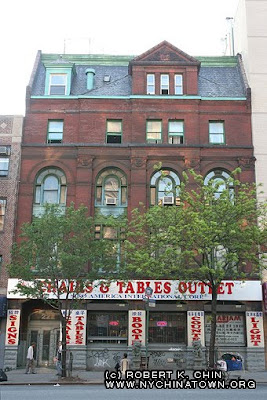 [Photo by Walter Chin via]

An excerpt from the Q-and-A with Ross:

Q. I have a sense that this stuff couldn’t have existed at the same time as an iPhone or even a digital camera—it seems very much from another era. Do you feel like this is just because Burroughs was old, or is there something else going on?

A. Well, I bet I’ll go through half a dozen iPhones in the time it would have taken Burroughs to resole those shoes. That makes me feel greedy, wasteful, and self-indulgent. Maybe I’d be better off keeping the modern world out. Maybe we all would. Let’s all just grab our nunchucks, put on our shoes and hat and walk the streets of Manhattan.

Here's a look inside the apartment, which is used by Giorno for Buddhist teachings... 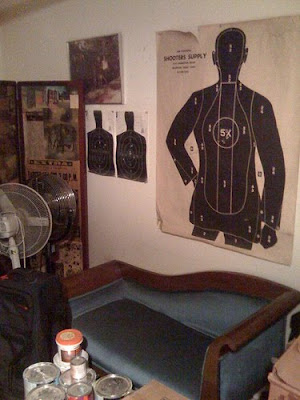 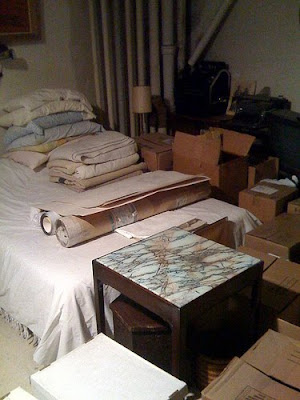 Two years ago the poet John Giorno succeeded in getting landmark designation for the 1885 brick loft building at 222 Bowery, whose occupants have included the artists Fernand Leger and Mark Rothko and the beat writer William S. Burroughs. Mr. Giorno serves as secretary-treasurer of the co-op board for the building, which was built as the Young Men's Institute by the Y.M.C.A., and this year he had to backtrack on masonry repairs to meet Landmarks Preservation Commission requirements.

The changes increased the repair budget by two-thirds, Mr. Giorno said, but he is happy with the way things worked out.

In 1884 the Real Estate Record and Guide predicted a rosy future for the Bowery, the lower section of Third Avenue from Chatham Square in Chinatown to Fourth Street, saying that it was "destined to be the great retail mart of the central and eastern portion of the city," even though it was lined with beer gardens and saloons and surrounded by tenements and lodging houses. But the officers of the Y.M.C.A. focused on the saloons, because a year later they built their first branch, the Young Men's Institute, at 222 Bowery, between Spring and Prince Streets, to try to counteract the forces of dissipation.

While the Bowery turns into one giant luxury property after another, it's nice to know that this piece of history remains intact...

For further reading:
The Last Days of Loserville (The Village Voice)
Posted by Grieve at 6:55 AM

"In 1884 the Real Estate Record and Guide predicted a rosy future for the Bowery, the lower section of Third Avenue from Chatham Square in Chinatown to Fourth Street, saying that it was "destined to be the great retail mart of the central and eastern portion of the city..."

fantastic find. and now the first floor is the fancy "Green Depot."

I forgot about the Green Depot opening here...

I'm far from a Burroughs expert, but I thought it was pretty well known that he actually spent the end of his life in Lawrence, Kansas. I always thought he was out of the Bowery by the early 80's. Cool "hidden NY" story otherwise.

Great post! I had no idea WB's apartment was preserved.

If you want to amuse yourself, go into the bathroom inside Green Depot and use the hand dryer...and hold on to your hat.