"A continuum of decay and rebirth" on the Lower East Side

In 1980, Brian Rose, in collaboration with fellow Cooper Union graduate Ed Fausty, photographed the Lower East Side during what he called "its darkest, but most creative moment. While buildings crumbled and burned, artists and musicians came to explore and express the edgy quality of the place."

After the project was completed and exhibited in 1981, it remained unseen in Rose's archive. And Rose moved on, working on various projects while living in Amsterdam for 15 years.

Rose revisited the streets of the Lower East Side with his camera some three decades later. Rose has put together "Time and Space on the Lower East Side," a self-published book contrasting the LES in 1980 with today. However, as he notes in the book's description:

"From the outset it was clear that this would not be a simple before/after take on the neighborhood. While keeping an eye on the earlier photographs done in 1980, I wanted to rediscover the place with fresh eyes, with the perspective of time, change, and history. The result, still being added to, is a set of photographs that looks backward and forward, that posits the idea that places are not simply “then and now,” but exist in a continuum of decay and rebirth."

He told me that the project is still looking for a publisher and exhibition venue. In the meantime, the book is available for purchase on Blurb. 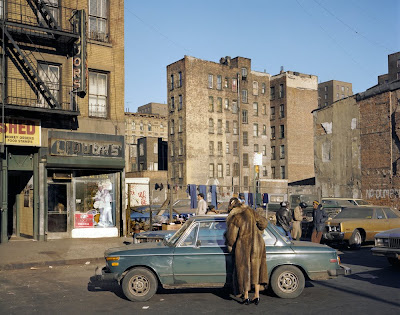 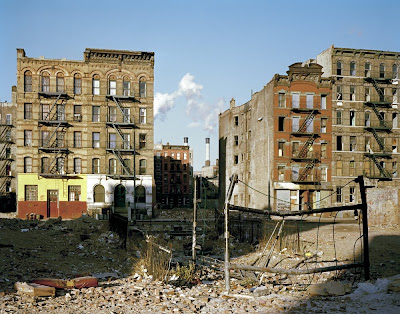 On East Fifth Street between C and D. Rose was standing near Fourth Street 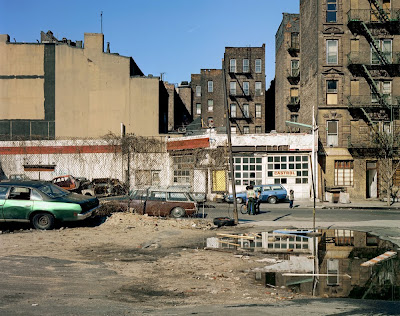 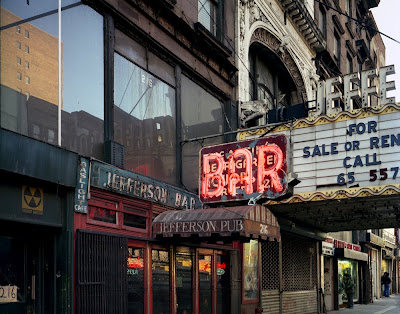 Preview and buy the book via Blurb.
Posted by Grieve at 7:00 AM

The book looks amazing. Thanks for the heads up.

Good to hear from you...

Have my own e-book "Variety, Spice of Life" coming out this fall which takes place near the Variety Photoplays on 3rd Avenue and 13th Street. I've been a resident on the Lower East Side from 1952 to 1998, saw it fall apart a few times and strangely come back from nowhere. But this is the strangest one and wealthiest too.

That book sounds fantastic. Is he planning on having any kind of exhibit to generate interest? I would recommend contacting Savannah at CultureFix on Clinton just south of Houston.

Home sweet home. Made my eyes well up, dammit.

Those were the days!!I hope he has an exhibit of his work. Looks good.

Cool! Looking forward to seeing more of pics...just posted this to our LES fan page, too.

You can't go wrong with the (minimal) definition of "change" in terms of "time" and "space."

As an aesthetic take, the book looks great.

BaHa don't hate! That spot was near dead or dead for a while before CultureFix/DigitalFix came in from Brooklyn. And they're hardly a Starbucks or TGIFridays. Besides, the whole point of the photo essay is to show the evolution of the area, not to fetishize 1980.

Really? You and you alone, Lambert, know what the "whole point" of this work is? You've prove my point yet again.

BaHa said...
Really? You and you alone, Lambert, know what the "whole point" of this work is? You've prove my point yet again.

---------------
BaHa -- May I direct you to what the author wrote of his work: "From the outset it was clear that this would not be a simple before/after take on the neighborhood. While keeping an eye on the earlier photographs done in 1980, I wanted to rediscover the place with fresh eyes, with the perspective of time, change, and history. The result, still being added to, is a set of photographs that looks backward and forward, that posits the idea that places are not simply “then and now,” but exist in a continuum of decay and rebirth."

So it's me and me alone, BaHa, plus the author, plus anyone who bothered to actually read what the author wrote about the whole point of his project, who knows what the whole point of the work is. You may disagree with what the author saw in his photographs, but I'll bet the author would like to follow Melanie's suggestion and have an exhibit in the neighborhood featured in the work. Maybe even a place like the gallery at CultureFix. Perhaps you could even step out of your time machine and attend!

This book is really amazing! I have a copy of the Blurb version (which I love) but am really excited for the final print of the book - it promises to be even more beautiful.

Reading through the comments here reminds me of how personally each of us take our own relationship with the neighborhood. It is an intense and often self defining relationship, and it can be difficult to embrace the changes, as it goes against the fundamentals of human nature. And let's face it - who wants to be reminded that the are aging?!?!?!?

I was not lucky enough to live in the LES in the 1980's because I was far to young and lived halfway across the county. But the people who did live here at that time, making art and music, and living their lives by their own definition, are the REASON why I moved here. The people who I met one I arrived from the DR, Porto Rico, and all across America are the reason I STAYED here on the same block for the last 20 years.

I do often find myself getting grumpy about the new residents and businesses, worse yet the people and places that I love who are no longer here, not to mention the taxi loads of people coming in to party like it's Burbon Street. But then I remember that we all come from somewhere, "new" is relative, and the only way to expect new people to learn to love the neighborhood is to allow them to find their own place within it and to create their own definition. After all, it is THE quintessential immigrant neighborhood. Each of us has to BE the neighborhood in our own way and each of us needs to support the people and places that we love the most. Hating what other people are doing is not going to change it.

So, I take a deep breath and head to the bodega for my favorite cafecito and toast to a new day.