There's a CB3/SLA meeting tonight and I still haven't written about all the approvals from last month... During last month's get-together, the committee OK'd a beer license for Good Beer to operate at 422 E. Ninth St. between Avenue A and First Avenue... 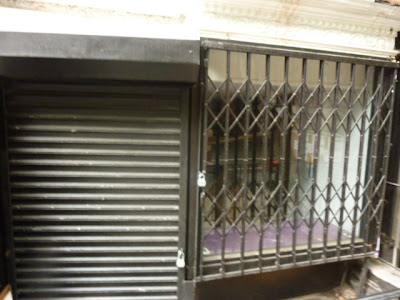 Good Beer received a blessing from the 9th Street Block Association... and there are some stipulations: GB will operate as a retail beer store, serving food during all hours of operation; the hours will be 11 a.m. to 10 p.m. Monday through Saturdays, and noon to 8 p.m. on Sundays. And there won't be any standing bar or stools or DJs or club crap.

But there will be some tables inside for a few beers and food.

Chris O'Leary at Brew York, New York has some details:

"Food will be comprised of local, organic and heritage products that pair well with beer so cheese, cured meats, pretzels, hot dogs, nuts and some chocolates," says David Cichowicz, the brain behind the operation. Patrons will have the chance to grab a seat at one of the tables in the store and pair the food with some of the 12 beers they’ll have on tap. The beer selection will be mainly local, sustainable products, but David says they'll occasionally throw in some West Coast, Belgian, English, and German beers as well."

The store is expecting to open in late August/early September.

[Thanks to Neighborhoodr for the link]
Posted by Grieve at 6:36 AM