So the new condo going up now on the corner of 14th Street and Third Avenue (East Union Square!) looks to be ready to unveil the sales office ... it's on 10th Street between Third Avenue and Fourth Avenue... (near the home of the 10th Street Scribbler!)

Given the paper on the front windows, it's likely not open just yet... 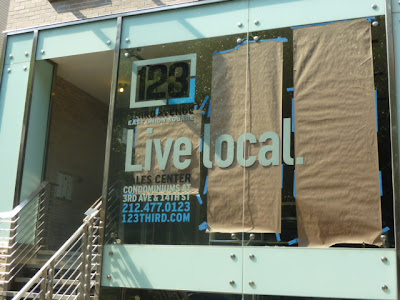 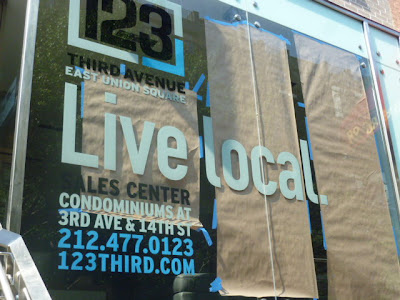 Still. Let's take a look inside!

So. First things... I guess "Live Local" is their catchphrase of choice. I mean, you're technically living local no matter where you live, right? (Curious if anyone suggested, say, Livin' la Vida Local?) 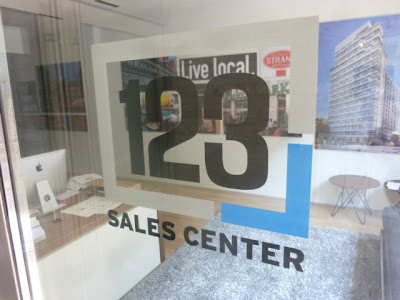 And what does living local entail? Well! Whole Foods! The Strand! Paragon! The Coffee Shop! 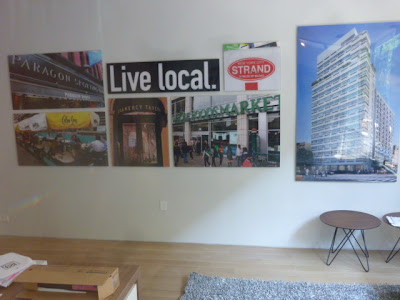 ... and Gramercy Tavern? That's a mere six-plus blocks away! (And phooey on your Union Square Cafe, Danny!) 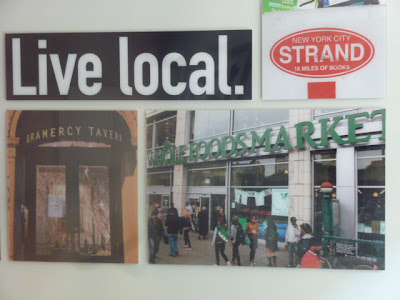 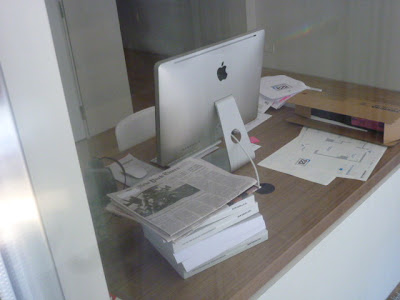 ... and they subscribe to the Times...(Take that Wall Street Journal!)

I guess it all makes sense now why the 123 ad went up here back in January ... 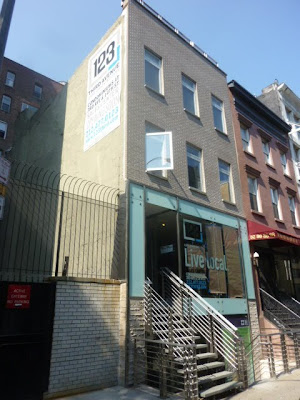 well, they did include the Strand. that must be a mistake. Correct that pronto!