We saw three of the units a few weeks ago (ranging in price from $4,900 to $5,150...) the listings at Streeteasy now include a few more photos that show the result of the gut renovations that commenced as many longtime residents didn't have their leases renewed ... 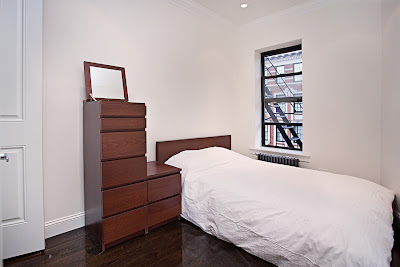 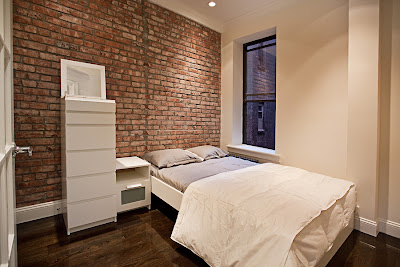 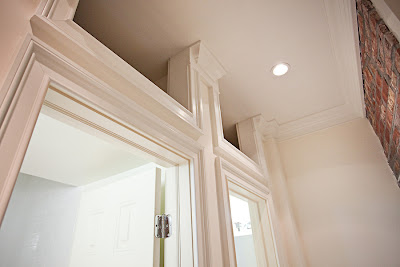 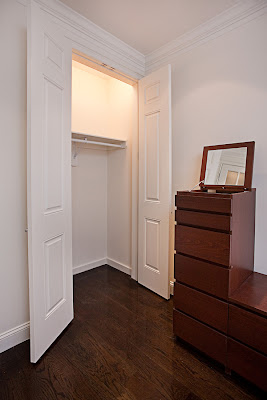 Per the listing, the broker is "releasing over 50 2&3Br apts over the next 6 months" here.

Upon the unveiling of the first units here back on March 11, the Observer filed a blistering critique...

Even though the building was converted from a middle-market residential space to a middle-market residential space putting on airs, not a factory. But why not pretend? Just like many of the tenants who no doubt take up residence here will be pretending that their “making it” in New York even as their parents help them pay their monthly $1,700 share of the rent. As the listing helpfully notes, guarantors are accepted. Because what is the East Village now if not a post-collegiate play pen for rich kids?

The 'East Village3' is ready for you; for that 'Industrial Chic feel'
Posted by Grieve at 6:00 AM

Funny to see any critique of "rich kids" in the Observer, which was founded by an investment banker before being bought by real estate mogul Jared Kushner.

Awww shit there is an open house on Saturday. I'm going to go just to take a shit in all three of the bathrooms.

I love how the ad in the pictures lists "great closets" yet there are no pictures of said closets.

Anonymous 9:48, The closets were converted into bedrooms.

@shmnyc - But...there weren't any closets in this building before the renovations either..

The room with the closet is staged with a twin bed. How luxurious! The cubby holes above the bathroom look big enough to fit a fold out table and fold out chairs for the living room/dining area. Problem solved!

What the hell are those weeny little pieces of crown molding on the hidey-holes supposed to suggest? Swank luxury? Upscale insouciance? They look totally ridiculous.

I think everyone here who is posting negative comments are just jealous that they can't live in the beautiful apartments.