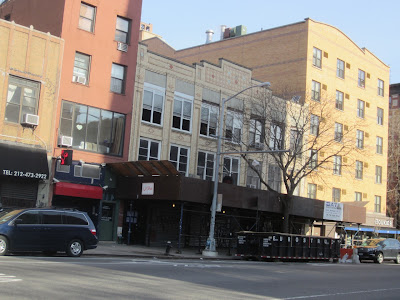 Work continues at 31-33 Second Ave., where developer Ben Shaoul received the OK from the city in January to add three floors to the existing building. (When we broke the story last June, the permits were still pending approval.)

Meanwhile, a tipster passes along word that there's an extension planned as well for 23-27 Second Ave., above the former Second on Second, the 10-year-old karaoke bar that closed in January. However, there's nothing yet on file with the DOB to back up these claims... 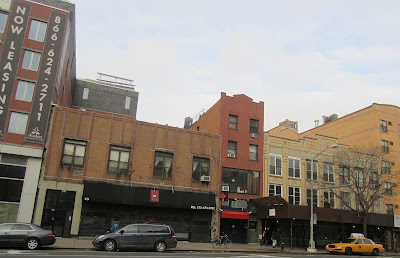 Previously on EV Grieve:
Ben Shaoul planning a 3-story addition at 31-33 Second Ave.
Posted by Grieve at 6:00 AM