At the residents meeting for the Smith Houses 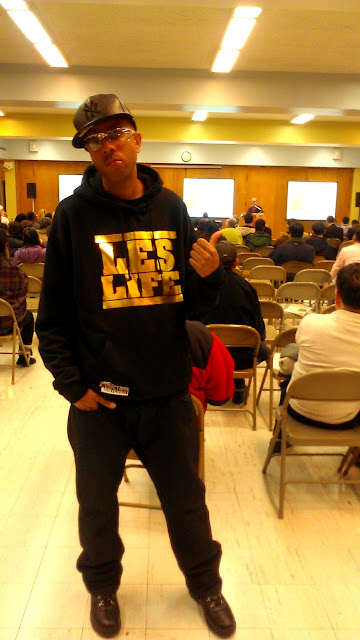 On Wednesday night, New York City Housing Authority (NYCHA) officials briefed residents of the Smith Houses on the Lower East Side about their plans to to lease playground and community-center space to developers within public housing areas.

As The Lo-Down reported, members of the Smith Tenant Association boycotted the meeting, in part, because residents wanted at least a 10-day notice and opportunity to review the proposals. The city pushed ahead anyway.

Six Lowa, a DJ and music producer who was born and raised in the Smith Houses (his grandmother has been a resident since the complex opened in 1953), attended the meeting to document what took place. He shared his thoughts on a newly created blog. (You can read that here.)

My personal thoughts are that the projects in the Lower East Side and along the FDR Drive have always been eyed at by developers for some years now. They now realize it's prime real estate next to the waterfront, all 3 bridges, City Hall, South St Seaport, World Financial District, & Police Headquarters. It all starts with the building of private housing on NYCHA playgrounds and parking lots. What's next? Whose next? 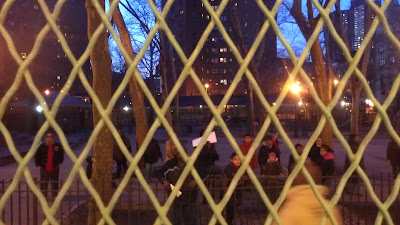 [Boycotters outside the meeting. Photos courtesy of Six Lowa]

The Daily News has coverage of the meeting here.
Posted by Grieve at 12:09 PM

Solidarity to Smith Houses! And all NYCHA! Don't let the city take your kids playground!

I told you this shit was going down.