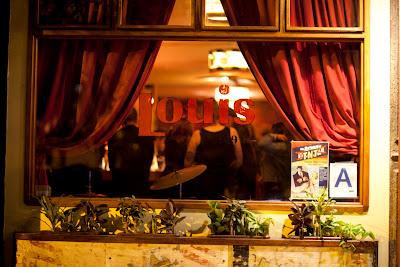 Louis 649 on East Ninth Street at Avenue C is one of the many East Village businesses along this corridor to feel the wrath of Hurricane Sandy. The low-key lounge, which offers free jazz, opened in 2000. Zachary Sharaga has been the owner since 2004. He answered a few questions about Louis 649 via email.

How long was the bar closed after Sandy?

Louis 649 was closed for business a total of 11 days/nights. As soon as we were able to get back into the bar, three or four days after the hurricane, we deep cleaned for a few days. At that point a lot of people were opening by candlelight but we decided that for safety reasons, we'd better hold off until the power was restored to the streets at the very least.

Five days after Sandy, when most of the neighborhood had power, we were still down due to the building's power box being completely fried in the basement and being held hostage to the eponymous "waiting for Con Ed." We had a party scheduled for Nov. 8 to celebrate a book release, which featured Louis 649's mascot Hamsa that we were debating cancelling. However, we decided that it would be best for the neighborhood to have something festive, so we went ahead with the party with the intent of a intimate candlelit book signing and the power came on five minutes before opening.

What has been the biggest challenge for you since then?

Our biggest challenge has been recuperating financially from the lost goods and the need to replace them and our limited operating capacity since most of our equipment was knocked out from the saltwater damage. We had just received a full shipment of wet and dry goods the Thursday before the storm, so in addition to losing most of that, we had to replace it all. Not to mention having to pay ALL of our bills regardless of any unforeseen natural disaster.

As far as the equipment goes, we lost a lot of refrigeration, which directly affected our purchasing patterns, inventory control and food offerings, so adapting to the limitation was a challenge that we fought day after day. Catching up after such an economic blow to us, our neighbors, our longtime patrons, and the city has been a challenge worth fighting. 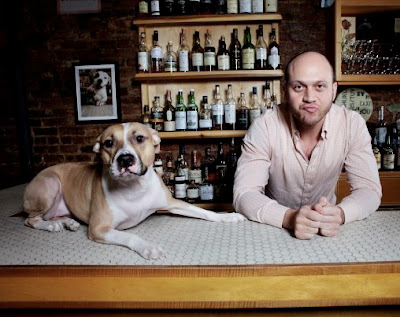 [Photo of Lola and Zachary by Farhad Parsa]

Are you seeing the bar return to a pre-Sandy number of patrons?

The weekends have gotten back to normal but the weekdays could surely use some momentum. Our first Sunday and first live jazz gig of the season was this past Sunday. Thankfully we had a full house.

How have you seen the East Village evolve (or, de-volve) since you opened the bar?

I guess this question is all a matter of perspective. One on side of the coin, there's a food and beverage renaissance rapidly evolving in the East Village, which is bringing in a healthy amount of traffic to support all of the new businesses opening up. The expectations and standards are being raised every day with every "new" innovation.

At the same time, the commercial rents are becoming astronomical, which is leading to a rapid turnover rate in small businesses, which brings me to the other side of the coin. Too many of these businesses are gone before they're even broken in and we're left with an unstable economy of empty storefronts and a lot of unemployed people with no money to spend. Pair this with the high residential rents and we're effectively relying on people outside of our neighborhoods to inject revenue into the East Village. 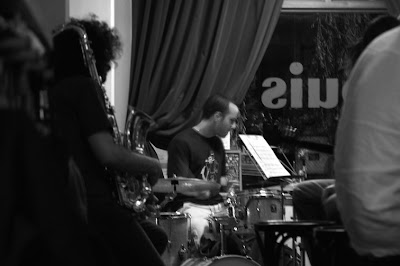 The bar's Tuesday Night Tastings return tonight. Find more information on that and more here.
Posted by Grieve at 6:30 AM

Good little spot...earlier in the night or on an off-night/weeknight, when things are still on the quiet side.

DOH is gonna fine them for the pooch!

I love this place. They take cocktails seriously without being even a tiny bit douchey. I sympathize with quiet = not so amazing for business, but I so appreciate having a place to go for a midweek drink that feels grown-up and event-y, but where you can still have a conversation without screaming.

Shout-out to Andrew Rumpler, the original owner and designer of the space, who handcrafted the tiled bar and all the other woodwork, including the windows, tabletops and lampshades. A true labor of love.

Thanks anonymous. I do miss the ol' place.