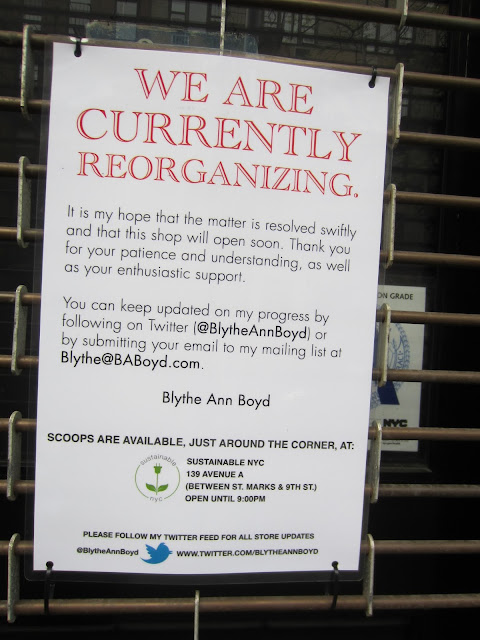 On Friday, we noted that Lula's Sweet Apothecary, the popular vegan ice cream shop on East Sixth Street, had been closed of late. At outgoing voice-mail said that they were currently closed during a reorganization. The above sign arrived on Lula's gate this past weekend. Not many more details, but fans can sign up for progress reports via a mailing list or Twitter.

Previously on EV Grieve:
Report: Divorce could force closure of Lula’s Apothecary on East Sixth Street
Posted by Grieve at 6:00 AM