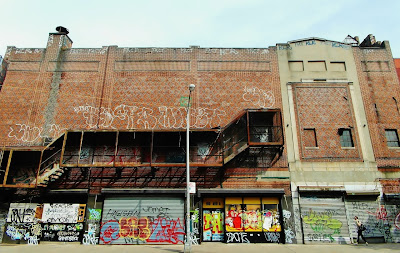 Developer Ben Shaoul is the new owner of 98 Avenue A, the former theater-turned market at 100 Avenue A. Public records show that an entity called Partners Vii/98 Avenue A Owner LLC purchased the property last month for $15.5 million.

While the name of Shaoul, president of Magnum Real Estate Group, isn't listed on the records... his name appears as the owner of the property on the asbestos abatement flyers that went up this past week. 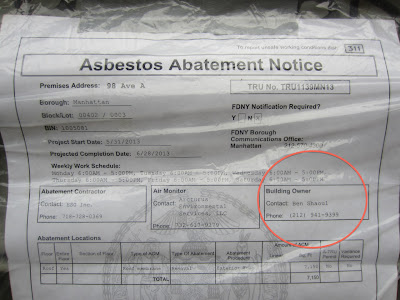 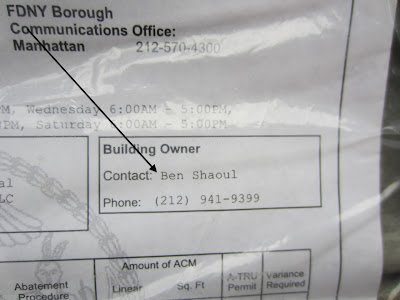 East Village Farms at 100 Avenue A between East Seventh Street and East Sixth Street closed Feb. 7, 2012. Since then, not much of anything has happened inside the space, though the sidewalk does serve as a makeshift shelter. 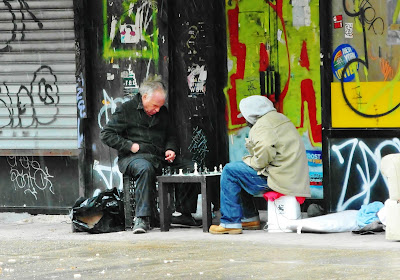 Last year, the landlord — Suh, Yon, Pak Associates, Inc. — was proposing to keep the store on the first and second floor, and then add a third and fourth floor for residential use. For whatever reason, the landlord never got this plan approved. Subsequent plans on file with the DOB showed a proposed addition to the back of the building ... and increasing the size of the store at the first and second floors.

Nothing is on file yet with the DOB to indicate either a demolition or new building for the address. However, a listing for the retail spaces that we noted last month provides an idea of what Shaoul and company have in mind:

Here's is the latest rendering... (apparently the Sidewalk doesn't exist in this future)... 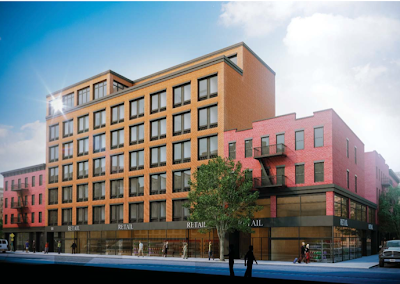 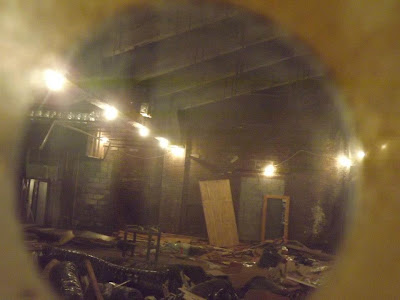 Shaoul is currently putting the finishing touches on Bloom 62, the luxury building on Avenue B and East Fifth Street that previously provided end-of-life care for up to 240 low-income elderly residents in the East Village. As Crain's reported yesterday, "Magnum chose the name Bloom 62 to highlight the large amount of green space in the property, including a 5,000-square-foot courtyard, and a well-planted 10,000 square foot roof."

Reader reports: Village Farms closing Jan. 31; building will be demolished
Posted by Grieve at 6:15 AM

Maybe someone who is more versed in architecture/whatever could tell me, but these new boxy, glass buildings really couldn't be sustainable, right? I mean, they're ugly of course, but you also really can't see these things standing for very long, much less for over a hundred years like a lot of the stuff in this neighborhood. Am I wrong about that? Am I just letting aesthetics influence my opinion, or has building design truly become that bad?

There just isn't any foresight at all when it comes to people like this, is there?

I miss EV Farms...it would have been great to have another grocery store here, and open up the theater for tours...alas, a pipe dream...I'm surprised that building has stood the way it has for so many years.

I'm not an expert so this is a mix of anecdote and speculation. These buildings use a bunch of pre-fabricated materials, which is why they seem to look so similar to one another. I don't know what goes on as far as corner cutting and bribery but a friend who is an architectural engineer for a huge international firm once told me that concrete is guaranteed for something like 70 years and the welds on the steel are guaranteed for a similar amount of time. This is for huge skyscrapers so perhaps the building code isn't as strict for buildings of this size. I imagine that the potential liability is barely enough to keep builders in line when they have enough assets to undergo projects of this size (smaller builds are another matter).

Of course, I'm sure it all looks like shit when you look at it up close and I'm sure it doesn't age very well either. I wouldn't be extremely worried about it falling down out of the blue but I already said that I don't know much after all.

I don't get why they can't do something like theater for new city did
preserve the theater and build on top of it?
'

I know they're chic luxury architecture, but these new condos and hotels look like prefabricated Siberian prisons..
(and no, I don't think they're built to last).

When do we finally get to rename the neighborhood "Shaoulville"? Let's just get it over with.

Ugh, the loss of the historic asbestos is one cut too deep for me. Where will they stop?

This actually made me feel like I did something wrong. Nervous and ashamed.

I was really hoping for the theatre to be used.

Unfortunately for Shaoul, some of the displaced Cabrini residents were well-versed in the practice of voodoo. We'll see how that plays out as time goes on...