The nighttime launch could light up the sky for millions of observers along a wide swath of the Eastern Seaboard, and could be visible from just northeastern Canada and Maine to Florida, and from as far inland as Michigan, Indiana and Kentucky, depending on local weather conditions, according to NASA and Orbital Sciences visibility maps.

The rocket launched into space at 8:15 p.m. And acclaimed photographers James and Karla Murray got this shot ... as the thing traveled some 11,700 mph (per those nerds at space.com)... over our airspace... 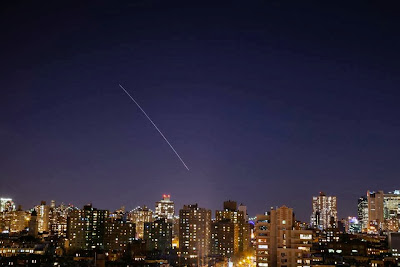 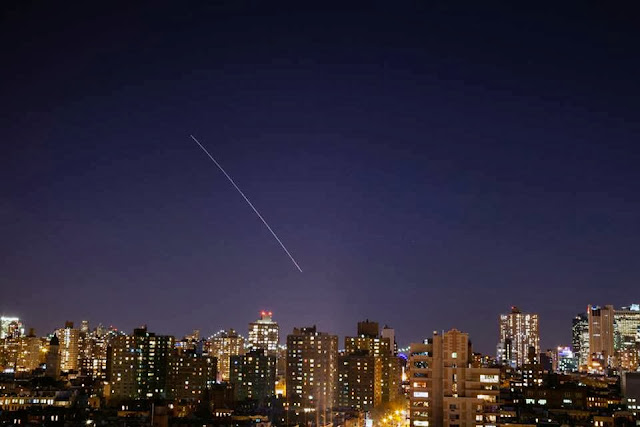 Space, the final frontier for more luxury housing...
Posted by Grieve at 10:19 AM

To boldly go where no biscuits have gone before...

Said my brother after he saw your blog: Too bad we missed it. They were supposed to launch this a few months ago from Virginia and I was ready to watch it but right before the launch they cancelled it due to a problem.

New York isn't really that fast anymore, is it? Haha!

Fuuuck. I have a great view of the southern sky and I totally missed out.

wow,people of maryland must have felt awsome. i wish i were there to see the magic of NASA.
Nasa's Minotaur I rocket