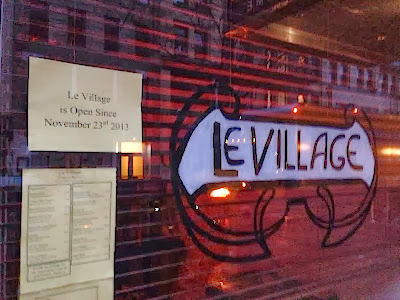 We were surprised the other day to see a new French bistro called Le Village open since Nov. 23, per the sign) in place at 127 E. Seventh St. ... 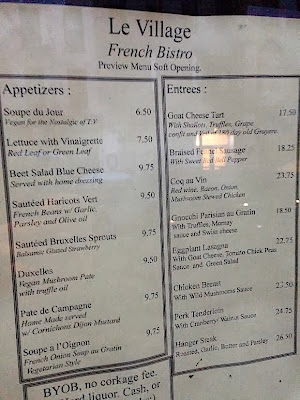 The new menu is long way from the self-described "vegan-focused French vegetarian bistro" that was Table Verta. There isn't any mention of a change in concept/closure on the Table Verta social media platforms.

Table Verta opened in October 2012, and was the sister restaurant to the previous tenant — Taureau, which relocated to Broome Street.
Posted by Grieve at 4:59 AM

I'm confused. Not one entree is vegan.